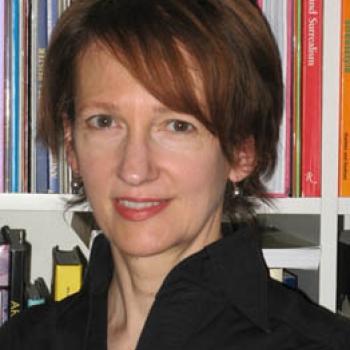 Nancy Deihl, Chair of the Department of Art and Art Professions, is a historian of fashion who specializes in the period from the mid-19th century to the present, concentrating on the American fashion industry. With many years of experience in the field of modern and contemporary art, she is particularly interested in connections between fashion and art practices. She has been with the art department since 2003 as Director of Costume Studies. She previously taught at Fashion Institute of Technology. Deihl co-authored, with Daniel James Cole, The History of Modern Fashion (2015: Laurence King) and is the editor of The Hidden History of American Fashion: Rediscovering 20th-century Women Designers (2018: Bloomsbury). Other writing and editorial projects include guest editorship and numerous contributions to Grove Art Online/Oxford Art Online; an article on the fashion and costume designer Zelda Wynn Valdes for Oxford's African American National Biography; articles in Vestoj and The Conversation. Her chapter on modernist fashion of the 1920s appeared in Charles Sheeler: Fashion, Photography, and Sculptural Form (2017: James A. Michener Art Museum). "Slippery Slopes: Skiing, Fashion, and Intrigue in 1960s Film," co-authored with Marilyn Cohen, appeared in Leisure Cultures and the Making of Modern Ski Resorts (2019: Palgrave).  Deihl contributed a chapter on the American fashion designer Wesley Tann to Black Designers in American Fashion (2021: Bloomsbury).  She lectures widely on fashion history topics and is frequently consulted by the press. Deihl received her MA in Costume Studies from New York University in 2002.

Why do fashion designers and brands exert such influence in contemporary society? What explains the trajectory from The House of Worth to Chanel to this season's hottest label? This course investigates the interlocking forces shaping fashion: the designer system, celebrities, technology, politics, the arts and media. Through lectures and film viewings, readings, discussions, and individual research, students explore fashion as a crucial aspect of culture and how the fashion system evolved from roots in Parisian couture to become a global phenomenon.