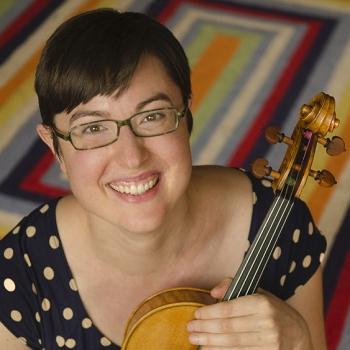 Violist Molly Gebrian has distinguished herself as an outstanding performer, teacher, and scholar throughout the US and Europe. Her love of contemporary music has led her to collaborate with many composers, often in premieres of works written for her. She has worked closely with the Ensemble Intercontemporain and Pierre Boulez for performances at the Lucerne Festival, and she spent the 2011/2012 academic year in Paris to undertake an intensive study of contemporary music with violist/composer Garth Knox.

She served as the Assistant Director for two interdisciplinary conferences on music and the brain while at Rice, has published papers dealing with music and neuroscience in the Journal of the American Viola Society, Frontiers in Psychology, Flute Talk Magazine, and The Strad. Her background in neuroscience gives her unique insight into how the brain learns and how musicians can best use this information to their advantage in the practice room. Given this expertise, she is a frequent presenter on topics having to do with music and neuroscience at conferences and universities in the US and abroad.