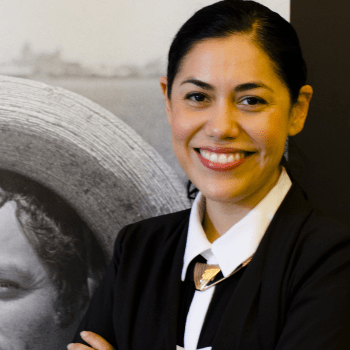 Her areas of research include Latinx History, Social Movements, Labor History and Food Studies. Her book, Defiant Braceros: How Migrant Workers Fought for Racial, Sexual and Political Freedom (UNC Press), examines the Bracero Program and how guest workers negotiated the intricacies of indigeneity, intimacy, and transnational organizing. She is currently carrying out research for her second book project tentatively title, The Strangeness and Bitterness of Plenty: Making Food and Seeing Race in the Agricultural West, 1942-1965.

Her first book won the 2017 Theodore Saloutos Book Prize awarded by the Immigration and Ethnic History Society and the Smithsonian Secretary’s Research Prize. She was also named a Distinguished Lecturer by the Organization of American Historians. Her research has been funded by the Ford Foundation, the Mexico-North Research Network, and the National Endowment for the Humanities. Prior to joining the faculty at NYU she was a curator at the Smithsonian Institution’s National Museum of American History and an Assistant Professor in the Department of Latinx Studies and the Department of History at the University of Illinois.