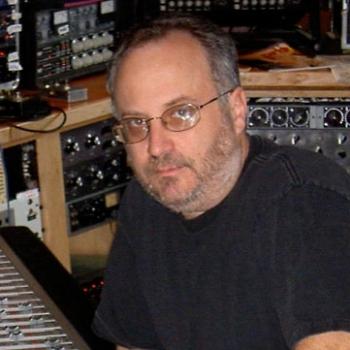 Michael is a Grammy Award-winning engineer for his work recording and mixing Dianne Reeves’ A Little Moonlight (Best Jazz Vocal Album, 2003). Michael is also the mixer/engineer of 11 Grammy Award-winning albums and 6 Grammy Award-nominated albums, as well as 15 Platinum, 19 Gold, and 8 Multi-Platinum records. Simply put, most of us have heard the familiar sounds he's captured. Take for instance the Prince song “I Feel for You,” recorded by Chaka Kahn, or the very first single, “You Give Good Love,” from Whitney Houston's debut album, Whitney Houston.

Michael began his career at New York's legendary Atlantic Records Recording Studios as an assistant engineer where he honed his craft. He gained experience working with a range of mega artists – from The Rolling Stones, Bette Midler, Average White Band, George Carlin, and James Taylor to Aretha Franklin and Charles Mingus.

Michael had the distinguished honor of working alongside legendary Producer Arif Mardin on virtually all of Arif's projects over the last 30 years. Michael was credited as a producer on Bette Midler's album Bathhouse Betty and is an associate producer on Arif Mardin's All My Friends Are Here album.