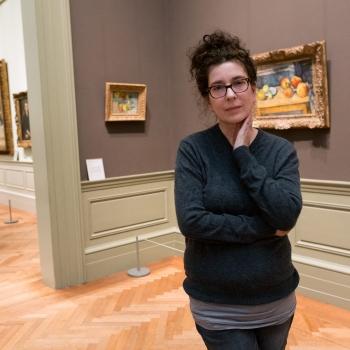 Maureen Gallace has had one person exhibitions around the world, including shows at the Art Institute of Chicago; Dallas Museum of Art; Douglas Hyde Museum, Dublin; Fukui City Museum of Art, Japan; 303 Gallery, New York; Kerlin Gallery, Dublin; Michael Kohn Gallery, Los Angeles; Maureen Paley, London; Gallery Side 2, Tokyo; Galleria Il Capricorno, Venice; Nielsen Gallery, Boston; Spruth-Magers: Munich, and the Chinati Foundation, Marfa Texas where she was an artist in residence in 2005. Her paintings have been written about extensively including reviews in the Los Angeles Times as well as the Chicago Tribune, The New York Times, Artforum, Frieze, Art in America, Artnews, and Modern Painters Magazine. A catalog of her work with an essay by Rick Moody was published in 2005 by the Douglas Hyde Museum. Her work is in the permanent collection of the Art Institute of Chicago. The Wadsworth Atheneum, The Whitney Museum, and the Dallas Museum. As well as teaching at NYU, She has been a visiting professor at UCLA, Cooper Union, and Harvard University. Gallace received her B.F.A. from The Hartford Art School at The University of Hartford in Connecticut and her M.F.A. from Rutgers University.