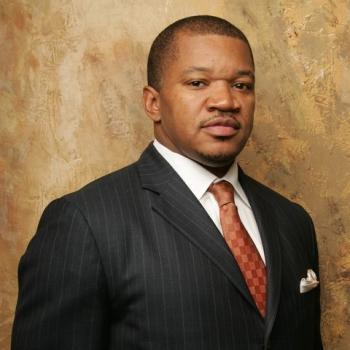 Prior to forming Middleton Law, PC, Mr. Middleton was a partner at the law firm of Simon, Eisenberg & Baum, LLP, where he was the head of the firm’s Entertainment Law Practice Group. Subsequently, he was Of Counsel to the firm of Sweeney, Johnson & Sweeney (which represented Lil Wayne & Yung Money Records, Jimmy Jam & Terry Lewis, to name a few).

During his career, Matt Middleton has represented various entrepreneurs and celebrity clients as well as Grammy & Oscar award-winning artists, songwriters, and producers, including Lil Uzi Vert, Kanye West, Chris Brown, Cam’ron, K. Michelle, Keyshia Cole, Fabolous, DMX, Hood Celebrityy, Rhymefest, and the estate of Christopher Wallace, for which he brokered the deal for the hit movie Notorious about the life of the late Notorious B.I.G.

Middleton began his legal career as an Assistant District Attorney with the New York County District Attorney’s office. As a prosecutor in the trial division, Middleton tried felony cases in New York State Supreme Court. In 1998 he shifted his complete focus to entertainment law full time. He and his longtime partner, the late Edward L. Woods, launched a boutique entertainment law firm, Woods & Middleton, LLP, for which he served as managing partner.

Mr. Middleton is a member of the New York State Bar, where he is admitted to practice, and presently serves on the Board of Directors for the New York Urban League. He is a past Chairman of the Black Entertainment & Sports Lawyers Association (BESLA) and was named the 2014 “Entertainment Attorney of the Year” by the National Bar Association’s Entertainment, Sports & Art Law Section. Mr. Middleton is an active member of Omega Psi Phi Fraternity, Inc., and a frequent speaker and lecturer at various industry conferences and universities.