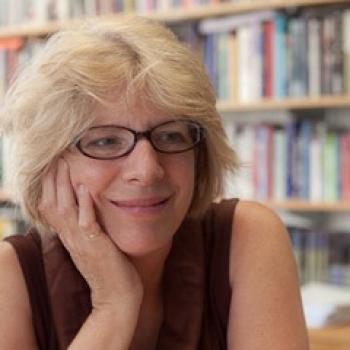 Marita Sturken's work focuses on the relationship of cultural memory to national identity and issues of visual culture. She is the author of Tangled Memories: The Vietnam War, the AIDS Epidemic, and the Politics of Remembering (California, 1997), Thelma & Louise(British Film Institute, 2000), Practices of Looking: An Introduction to Visual Culture (with Lisa Cartwright, Oxford, 2001, Second Edition, 2009), and co-editor, with Douglas Thomas and Sandra Ball-Rokeach, of Technological Visions: The Hopes and Fears that Shape New Technology (Temple, 2004). Her writings have been published in a number of journals, including Representations, Public Culture, History and Theory, and Afterimage. She is the former editor of American Quarterly, the journal of the American Studies Association. She teaches courses on cultural studies, visual culture, popular culture, advertising, and global culture. Her most recent book is Tourists of History: Memory, Consumerism, and Kitsch in American Culture, Duke University Press, 2007.

Visual Cultures of the Modern and Global City

This course examines visual culture of the city, from the dynamics of visuality in the nineteenth-century modern cityscape to the mega cities of globalization. New York City and Paris will be the primary case studies.