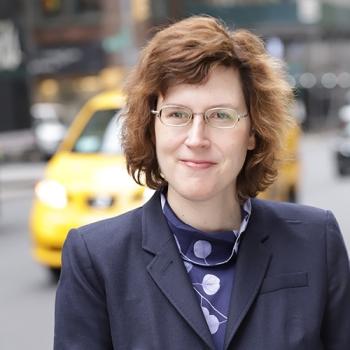 Laurie Jakobsen has over 20 years of public relations and marketing communications experience, ranging from artist representation to start-up dot-coms to major multi-national music companies. She founded Jaybird Communications, LLC, in November 2009 to provide a full range of strategic communications services for digital businesses, especially startups, B2B, and entertainment-related ventures. Since 2013, she has been involved with the NYU Steinhardt Music Business program’s Entrepreneurship class as a mentor and as Executive in Residence; she has been appointed to the faculty as an adjunct professor for Fall 2020.

She started her career in college as a writer for Good Times, Boston Rocks, and Musician's Guide for Touring and Promotion. She then began her public relations career at Shore Fire Media, where she represented Bruce Springsteen, Wynton Marsalis, Everything but the Girl, the family of Jimi Hendrix, and Natalie Merchant. In 1997, she joined the first Internet-focused record label, N2K Encoded Music, helmed by the legendary producer Phil Ramone. From there, she worked with AT&T’s early music distribution company a2b Music, and as part of public relations firm Middleberg Associates, working with many Internet 1.0 companies. In 1999, she was recruited to handle all new technology-related communications at Sony Music Entertainment, including the launch of one of the first subscription music services, press play (now Napster), and oversaw public relations for all of their incubated properties. In 2003, she joined the leading U.S music licensing agent, The Harry Fox Agency (HFA), to create the company’s marketing and communications discipline so it could better respond to the digital marketplace.

Laurie is also active in fostering the next generation of entrepreneurs and creating more opportunities for underrepresented voices. She is an early-stage investor in several women- and femme-founded startups through Pipeline Angels and has been a speaker and mentor for DWT Project W, including the Women Entrepreneurs Boot Camp and the inaugural Black Founder 1:1s program. In addition, she is a regular speaker at conferences and schools on topics related to creative communications, the music industry, and entrepreneurship.

She has a BA from Tufts University in English and an MBA from NYU Stern. Pronouns: she/her