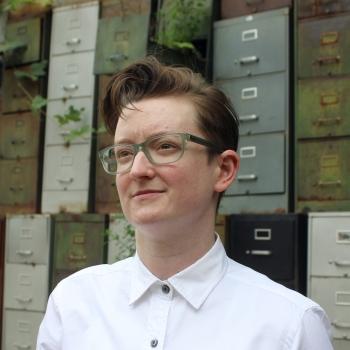 Nooney is a media scholar and historian of video games and personal computing. Nooney's current book projects include a labor and industry history of the American computer game industry, told through a case study of the home entertainment software producer Sierra On-Line (1980-2008), and a cultural history of the Apple II microcomputer. Nooney’s work has been published in Game Studies, American Journal of Play, Journal of Visual Culture, The Atlantic, and Digital Creativity. She is a founding editor of the forthcoming ROMchip: A Journal of Game Histories and serves on the Executive Committee of the Special Interest Group for Computing, Information and Society.

Nooney holds affiliate appointments with the Integrated Digital Media program in the Tandon School of Engineering and with NYU's Game Center in the Tisch School of the Arts. Prior to her appointment at New York University, Nooney was an Assistant Professor of Digital Media in the School of Literature, Media, and Communication at Georgia Tech. Additionally, she was a Postdoctoral Associate with the Intel Science and Technology Center for Social Computer at NYU.