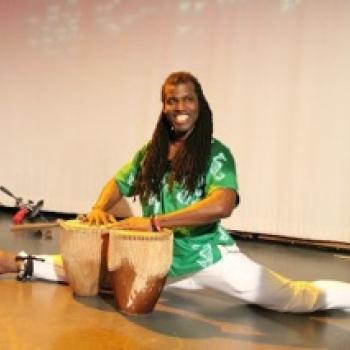 Kelvin Cooper has a Masters Degree in Dance Education from New York University. He worked three years as a full-time dance faculty at the Santa Rosa Junior College in California and a semester teaching Intercultural dance at NYU. He is currently working part time at Bronx Community College and various Art organizations, such as the Ailey in Arts education and the Leadership program. He completed a study abroad program in Uganda as a teacher’s assistant for New York University. He was also a professional development trainer for a partnership program with New Orleans Ballet Association through the University.

He believes that dance is for everyone and that the power to identify, understand, create and express through movements can open doors to growth in all aspects of life. Kelvin has performed with numerous dance theatre companies including Elizabeth Streps at the Joyce Theatre, Joan Peters and Roots of Brazil at Symphony space and two different projects for Douglas Dunn at St. Marks Church, New York.  He was a featured dancer for the Grammy Award winning band Arrested Development at the Madison Square Garden and has performed in Samson and Delilah at the Metropolitan House.

Kelvin has also played the main role of Jesus in two films at New York University and has worked as dance director at the Center for Family Life.  He is particularly interested in empowering and building communities through thematic dance works both locally and internationally.