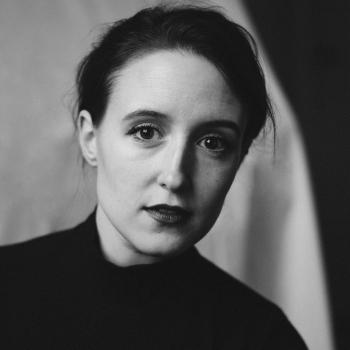 Kat Vokes is a Brooklyn-based composer, vocalist, and pianist, specializing in writing for film, television, and other media. She studied classical piano for twelve years before she formally trained as an opera singer at the prestigious Oberlin Conservatory of Music. As a vocalist, she has sung in festivals across the United States and Europe and performs regularly with her jazz band throughout NYC and abroad. Additionally, she writes and performs her own music with her 5-piece indie band and is signed to Ropeadope Records, with whom she released her debut album, Clockwork, in May 2019.

Vokes is a dedicated writer of concert works, film scores, and songs, and brings her diverse musical background and passions to her writing. Her music often incorporates elements of classical harmony, shifting textural palettes, and an appreciation for the unusual. She has worked closely with the New York-based chamber ensemble Desdemona, and collaborates frequently with directors on film scores, having written numerous scores that span nearly every genre. Vokes is also a writer with the award-winning podcast company Gen-Z Media.

Vokes holds a master’s degree in Music Theory and Composition with a concentration in Screen Scoring from NYU Steinhardt. She is a winner of the NYU Film Scoring Competition as well as the prestigious Columbia/ASCAP 2020 film scoring workshop. She is a graduate of Oberlin’s Double Degree program and holds a BA in Comparative Literature and a BM in Vocal Performance.