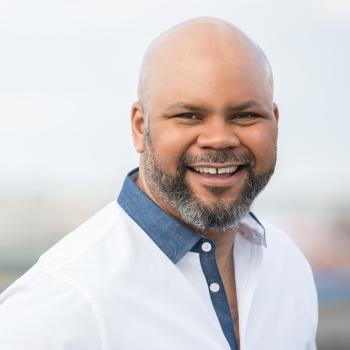 Karl O’Brian Williams is a Jamaican-born actor, playwright, producer, and educator. His acting career has taken him from stages in the Caribbean to those in New York, Toronto, and the United Kingdom. In 2019 he was co-writer on the short film Winston, which received the following film festival selections: the Hip Hop Film Festival, BronzeLens, Circle City Film Festival, Queen City Film Festival, the Pan African Film Festival and the African American Film Festival. The screenplay was adapted from Williams’s monologue “The Kept Man.”

His play The Black That I Am has been staged in Glasgow and Galloway for the National Theatre of Scotland, and at the Edinburgh International Fringe Festival. Not About Eve had a successful run Off-Off-Broadway in New York, Queens, Brooklyn, Rochester, Hartford, CT, and North Carolina at the National Black Theatre Festival in Winston-Salem. In 2013 the play received 3 AUDELCO nominations for Excellence in Black Theatre including Outstanding Ensemble Cast, Best Dramatic Production, and Best Playwright.

The Boys on the Hill was a selection in The Culture Project’s 2015 Summer Play Reading series at the Lynn Redgrave Theatre, and for Long Island University’s Kumble Theatre 2016 Pride Month Celebrations. The play is now being developed along with another one-act called Gully Queen as part of a trilogy on LGBTQ+ lives in Jamaica. Random was a selection in NYU’s ten-minute play festival, and was adapted into a short film by students at the Art Institute of Atlanta in 2009. He was playwright in residence with Theatre Askew’s Youth Performance Experience. Williams’s passion for theatre and education has propelled his work with students of all ages and abilities.

He narrated the audiobook These Ghosts Are Family written by Maisy Card and published by Simon & Schuster (Paste magazine’s Top 10 Audio Books for March 2020).

He is currently Deputy Chair and Theatre Coordinator in the Speech, Communication and Theatre Arts Department at The Borough of Manhattan Community College (CUNY), and an Adjunct at NYU Steinhardt in the Program in Educational Theatre. He has taught at the City College of New York and done teaching artistic work with the New Jersey Performing Arts Center, Apple Arts, and Wingspan Arts. For NYU and the Center for Multipurpose Education & Programs, Williams has directed the Martin Luther King Jr. signature event since 2011 and has produced shows for the Skirball Performing Arts Center and the Jamaica Performing Arts Center.