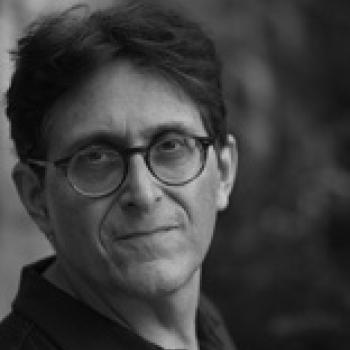 New York-born composer Justin Dello Joio is the seventh generation of composer in the Dello Joio family and is currently the Faculty Composer-in-Residence.

The press has written of his work, “a beautiful, fast-moving dazzler” (The New York Times); “profusely imaginative, the clarity and wit of his writing is delightful.” (San Francisco Chronicle); “It is wholly original in sound.“ (The Washington Post); “Exquisite new music...The music is gorgeous." (Grammophone Magazine); “His melodies sing." (NY Times); “a distinctive personality” (The Cleveland Plain Dealer); “utterly compelling” (International Record Review); "has an emotional heart of significant power” (The Palm Beach Daily News); “Amazingly colorful and nuanced in orchestration, moving, and emotional, this is opera done right!” (Sequenza 21); “a composer who knows how to communicate without selling out” (Fanfare Magazine).

Composer John Corigliano wrote, "Justin Dello Joio is a born composer. A real musician with a sparkling craft who has something urgent to say in his works, and the ability to say it. His knowledge and mastery give his work a distinction that many other writers lack…he is a wonderful composer whose music has lasting power - A real creative artist!” Composer Witold Lutoslawski described Dello Joio as “an extremely talented and gifted composer.” Composer Ned Rorem wrote, "Of the hundreds of composers I know, he is perhaps the most natural. He writes what he wants. His music speaks.”

Dello Joio’s music, including symphonic, opera, chamber, and solo works, has been performed and commissioned by some of the leading performers in the music world. Myung Whun Chung and the Orchestre Philharmonique de Radio France and the Boston Symphony have commissioned a piano concerto for the pianist Garrick Ohlsson. Mr. Ohlsson has performed and recorded his solo piano music for Bridge Records. His one act opera, Blue Mountain, was commissioned, premiered, and recorded in Oslo, Norway, by Det Norske Blasensemble and also released on Bridge Records. It received its U.S. premiere on November 21, 2013, at the University of Connecticut. He has been performed, and/or commissioned, and/or recorded by the Detroit Symphony, The Lincoln Center Chamber Music Society, The American Brass Quintet, Garrick Ohlsson, NY Philharmonic Principal Cellist Carter Brey, pianist Christopher O’Riley, violinist Ani Kevafian, pianist Jeremy Denk, pianist Steven Gosling, and Det Norske Blaseensemble, among others.

Dello Joio was honored with the American Academy of Arts and Letters highest award, The Award in Music, after previously receiving the Lakond Award and The Charles Ives Scholarship from the Academy. Dello Joio was honored as Composer of the Year by the Classical Recording Foundation. In 2013, his cello work commissioned for New York Philharmonic Principal Cellist Carter Brey was awarded the Ettelson Chamber Music Award for the San Francisco-based Composers, Inc. He has received awards and grants from The  New York Foundation for the Arts, The National Endowment for the Arts, CAPS  Grant, The New York State Council on the Arts,  3 Meet the Composer Grants, The Presser Foundation,  The Lado Award, The Alexander Gretchaninoff Award (String Quartet #1) , and The Marion Freschl Award.

Dello Joio began piano at age 5 and composition at age 7, earned an honorary scholarship to Juilliard Pre-College, and later earned a Bachelor's, Master's, and Doctorate in composition at Juilliard, working with composers Vincent Persichetti, Roger Sessions, and David Diamond.

His most recent commission was awarded from the Koussevitsky Foundation and The Library of Congress. His works are published by The Theodore Presser Company, E.B. Marks Music, and G. Schirmer, and his recordings are released on Bridge Records.

In May 2013, Dello Joio was awarded The Steinhardt School of Culture, Education, and Human Development Teaching Excellence Award by the Dean of the School.

Dr. Dello Joio has originated a number of courses for the music department at NYU that are currently included in the curriculum offerings, including: