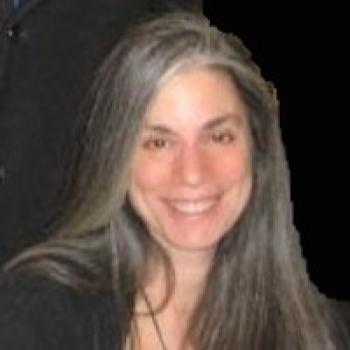 Judy Tint has over 30 years of experience as an attorney, consultant and producer in the entertainment industry. A graduate of Rutgers College and Columbia Law School, Judy represents a variety of recording artists, songwriters, producers, managers, radio personalities, independent labels and entrepreneurs, from newcomers to icons.

A member of NYU’s Music Business faculty since 2008, Judy is also Chair of the American Bar Association’s Forum on the Entertainment and Sports Industries. She has lectured extensively on various topics in the entertainment field, appearing for organizations including The Practicing Law Institute, South by Southwest, Women in Music, The New Music Seminar, CMJ Music Marathon, Columbia Law School, North by Northwest, NOLA Music Tech, and Grammy in The Schools. She has made multiple trips to Capitol Hill as an advocate for artists’ rights. and served for ten years on the Board of Governors of The Recording Academy’s New York Chapter.

In addition to her activities as an attorney, Judy has also served as a consultant and producer in connection with numerous projects, and has devoted her time and energy to a variety of benefit events and other charitable endeavors. Since 1990, she has been a member of the Board of the Rhythm & Blues Foundation, where she has served as the Event Chair for the Pioneer Awards and the Newport Rhythm and Blues Festival, and Executive Producer of the critically-acclaimed Capitol Records release, “The Rites of Rhythm and Blues.” She was instrumental in the development and creation of the Performance Grants Program, providing financial support and opportunities for many veteran artists to return to performing. She is also a longtime supporter of WhyHunger (the organization founded 35 years ago by the late singer-songwriter Harry Chapin), as well as having served a two-year appointment at the United Nations, where she was in charge of the management and recruitment of UNICEF’s Goodwill Ambassadors and celebrity spokespersons, and the development and implementation of special events. She produced a concert series at Lincoln Center with best-selling author/lecturer Marianne Williamson, served as the Emcee-Promoter-Jam Coordinator for the long-standing China Club “Pro-Jam” (featuring special appearances by countless celebrity guests), and developed, booked and produced (in collaboration with musical director Paul Shaffer) the live entertainment program at “Sullivan’s”, a restaurant in New York’s landmark Ed Sullivan Theater. Other organizations which Judy has helped support include The Starlight Foundation, The Nordoff-Robbins Foundation for Music Therapy, The K-ROCK Hungerthon, Volunteer Lawyers for the Arts, America’s Second Harvest, The Foodbank for New York City, and The Community Foodbank of New Jersey.

While she has no intention of quitting her day job, Judy is also a vocalist, percussionist, and background singer for other artists… among her musical adventures, Judy appeared with Bonnie Raitt, Little Milton, and The Max Weinberg Seven on NBC’s “Late Night With Conan O’Brien”, has done several tours as a percussionist with her longtime clients The Four Tops, and sang background and played tambourine with legendary R&B singer Gary “U.S.” Bonds when he received his Rhythm & Blues Foundation Pioneer Award.  She is a firm believer in the power of music to change the world.