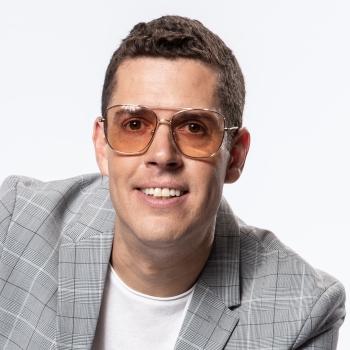 Juan Cristobal Losada (JC Losada) is a Venezuelan-born Grammy® and Latin Grammy® award-winning engineer, producer, and songwriter with over 20 years of experience in the music industry. He has been awarded with nearly a dozen Platinum and Gold RIAA certifications for his work with artists such as Ricky Martin, Shakira, Santana, Jon Secada, Chayanne, and Luis Enrique, among many others. He has credits in more than 25 Grammy and Latin Grammy-nominated albums combined and has landed six albums on the Billboard 200 (Including #1 record Shaman by Santana), five albums on the Top-10 US Latin, five albums on the Top-20 Latin Pop, and two albums on the Billboard Tropical Charts.

With an innovative and entrepreneurial approach to the music business and a music background unparalleled in terms of diversity, his unique vision of the music landscape led him to successfully create his state-of-the-art recording studio, Sonic Projects Inc., in 2003. Since he has helped shape the sound of some of the most iconic names in the Latin music industry.

JC is on a mission to foster and develop new artists through his indie label, Sonic Projects. Distributed worldwide by Sony Music US Latin, this partnership aims to support up-and-coming artists beyond the creation of the master by providing the major infrastructure of Sony Music plus A&R, marketing, social media strategies, and all the necessary tools for the indie artist to continue their development after successful completion of the recording process. In an effort to provide songwriters with technical and creative support while expanding his own songwriting career, he also created a strategic studio and publishing partnership with peermusic, the biggest independent publishing company in the world. The alliance that originated in Miami, FL, in 2009, later expanded to the iconic Carnegie Hall Tower in NYC in 2017 and has resulted in countless chart-topping albums as well as Grammy and Latin Grammy nominations.

Losada is also very involved in advocacy and mentorship. He is a former Board Governor for the Recording Academy, NY chapter, and has attended Grammys on the Hill and District Advocacy Day to meet with lawmakers and discuss ways to protect the rights of music creators. He has also been a mentor for NYC MLK Service Day, GrammyU Internship Program, SXSW Mentoring Sessions, and the Women in the Studio mentorship program in partnership with the Consulate General of Canada in NYC.

He is the Producer-in-Residence for the Music Business program, as well as an adjunct professor for both the Music Business and Music Technology programs. He teaches the Village Records Class in which the students learn how an independent record label operates by selecting, recording/producing, and releasing a music project performed by a local up-and-coming artist. Implementation of strategy and record label management concepts as well as music production techniques and best practices are central to this course. Students administer all aspects of a record label including, but not limited to, A&R, sound recording/production, video production, creative design, marketing, and press and publicity.