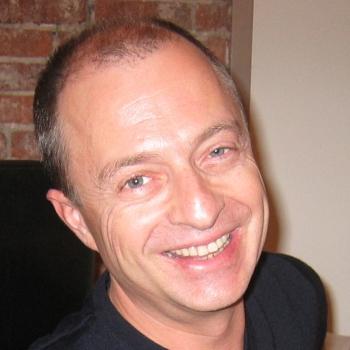 Joseph Church is an award-winning composer, conductor, arranger, pianist, and professor of music. His career has been eclectic and exciting, collaborating with some of music and the theatre's most remarkable artists, and guiding some of entertainment’s most promising talent. Joseph is perhaps best known for his music direction and arrangements for two groundbreakings, Tony- and Grammy-winning Broadway musicals, The Lion King and The Who’s Tommy. Other Broadway and Off-Broadway credits as music director, conductor, and/or arranger include In The Heights, Little Shop of Horrors, Amazing Grace, Randy Newman’s Faust, Sister Act, and Radio City’s Christmas Spectacular. Joseph received his doctorate in composition in 1996 from NYU, and since then has served there in many capacities, teaching composition, songwriting, conducting, and musical theater performance; as co-director of the musical theatre program; and as guest conductor of the NYU Symphony Orchestra. He also teaches a course in songwriting at Swarthmore College, his undergraduate alma mater. Joseph’s work as a composer spans multiple genres from popular songwriting to musical theatre to serious music. His latest musical, Pants! The Jimmy Pants Musical!, is scheduled to open Off-Broadway at the York Theatre early in 2022. Joseph is the author of two books, Music Direction for the Stage: A View from the Podium and Rock in the Musical Theatre: A Guide for Singers, both published by Oxford University Press.