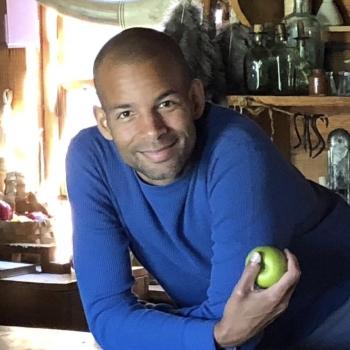 Jonathan P. Jones, PhD is a graduate from the Program in Educational Theatre at New York University, where he earned both an M.A. and a Ph.D. He conducted his doctoral field research in fall 2013 and completed his dissertation in spring of 2014, Drama Integration: Training Teachers to Use Process Drama in English Language Arts, Social Studies, and World Languages. He received an additional M.A. in English at National University and his B.A. in Liberal Arts from the NYU's Gallatin School of Individualized Study. Jonathan is certified to teach English 6-12 in the state of California, where he taught Theatre and English for five years at North Hollywood High School and was honored with The Inspirational Educator Award by Universal Studios in 2006. Currently, Jonathan is an administrator, faculty member, coordinator of doctoral studies, and student-teaching supervisor at NYU Steinhardt. He serves as editor for ArtsPraxis, a peer-reviewed journal emphasizing critical analysis of the arts in society.

Jonathan has conducted drama workshops in and around New York City, London, and Los Angeles in schools and prisons. As a performer, he has appeared at Carnegie Hall, the Metropolitan Opera, Town Hall, The Green Space, St. Patrick’s Cathedral, The Cathedral of St. John the Divine, The Southbank Centre in London UK, Bord Gáis Energy Theatre in Dublin,  and the U.S. Capitol in Washington, D.C. Production credits include co-producing a staged-reading of a new musical, The Throwbacks, at the New York Musical Theatre Festival and serving as assistant production manager and stage director for the New York City Gay Men’s Chorus since 2014, most recently directing Quiet No More: A Celebration of Stonewall at Carnegie Hall for World Pride, 2019.

His directing credits include Hamlet, Twelfth Night, Julius Caesar, Elsewhere in Elsinore, Dorothy Rides the Rainbow, A Midsummer Night’s Dream, Bye Bye Birdie, The Laramie Project, Grease, Little Shop of Horrors, and West Side Story. Assistant directing includes Woyzeck and The Crucible. In 2008, he was awarded a fellowship through the National Endowment for the Humanities and participated in the Teaching Shakespeare Institute at the Folger Shakespeare Library in Washington, D.C.

At NYU, his courses have included Acting: Scene Study, American Musical Theatre: Background and Analysis, Assessment of Student Work in Drama, Development of Theatre and Drama I, Devising Educational Drama Programs and Curricula, Directing Youth Theatre, Drama across the Curriculum and Beyond, Drama in Education I, Drama in Education II, Dramatic Activities in the Secondary Drama Classroom, Methods of Conducting Creative Drama, Theory of Creative Drama, Seminar and Field Experience in Teaching Elementary Drama, Seminar and Field Experience in Teaching Secondary Drama, Shakespeare’s Theatre, and World Drama. Early in his placement at NYU, Jonathan served as teaching assistant for American Musical Theatre: Background and Analysis, Seminar in Elementary Student Teaching, Theatre of Brecht and Beckett, and Theatre of Eugene O'Neill and worked as a course tutor and administrator for the study abroad program in London for three summers. He has supervised over 50 students in their student teaching placements in elementary and secondary schools in the New York City Area. Prior to becoming a teacher, Jonathan was an applicant services representative at NYU in the Graduate School of Arts and Science Enrollment Services Office for five years.

In addition to his responsibilities at NYU, Jonathan teaches Fundamentals of Public Speaking, History of Theatre, and Introduction to Theatre at CUNY: Borough of Manhattan Community College.

Paradigms and Possibilities: A Festschrift in Honor of Philip Taylor. (2019)

“I Say It”: Devised Theatre as a Culturally Responsive Methodology for Secondary Students in Routledge Companion to Theatre and Young People (edited by Selina Busby, Charlene Rajendran, and Kelly Freebody; Routledge, forthcoming)

Education at Roundabout: It’s about Turning Classrooms into Theatres and the Theatre into a Classroom (with Jennifer DiBella and Mitch Matteson) in Education and Theatres: Beyond the Four Walls (edited by Michael Finneran and Michael Anderson; Springer, 2019)

Into the Story 2: More Stories! More Drama! By Carole Miller and Juliana Saxton. Published in Journal of Applied Arts and Health, 8 (1). Intellect. (2017)

The Good Soul of Szechuan, directed by Nan Smithner (2019)

Peter and the Starcatcher, directed by Amy Cordileone (2018)

Of a Certain Age, directed by Joe Salvatore (2018)

Hear Them Roar: The Fight for Women’s Rights, directed by Nan Smithner (2017)

Two Weeks with the Queen, directed by Philip Taylor (2017)

The Crucible, directed by Philip Taylor (2013)