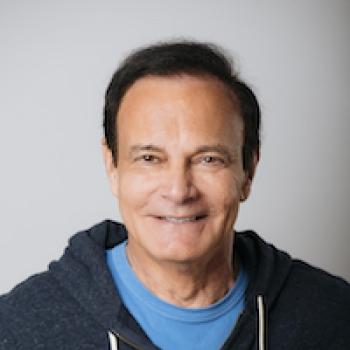 Jerry Del Colliano is a broadcaster, media executive, and educator whose background uniquely includes the music industry and its often-disruptive convergence with traditional and digital media.

He is the publisher of Inside Music Media, the aptly named and deadly honest paid-subscription publication that is read by music and media executives as well as investors and global interests looking to see the future of these important industries. Jerry was also the founder of Inside Radio and was a Clinical Professor of Music Industry at the University of Southern California.

Professor Del Colliano has conducted conferences, brainstorming sessions, and custom seminars for various music and media clients through his business and teaching. He has worked with music and media companies such as The Walt Disney Company, Universal Music, Emmis Broadcasting, Warner Music, and SiriusXM Satellite Radio.

Jerry was born across the river in Hoboken, NJ.

At USC, his collaborative teaching style was based on Jerry’s philosophy that “the teacher and the taught together do the teaching.” He was also Director of Executive Programs at USC Thornton School of Music and encouraged participation of industry innovators with classroom learning.

At NYU, Professor Del Colliano’s mission is to focus on the great industry awakening that is now occurring as represented in NYU Steinhardt’s Music in the Media Business course. How did we arrive at this point and what is the future of two industries whose fate has been and will always be so closely tied together? He introduces the perspective of studying music/media together by understanding generational preferences and habits.

Jerry’s avocation is motivation and self-improvement. He was a certified Dale Carnegie Course instructor for over a decade, the author of “Out of Bad Comes Good – The Advantages of Disadvantages,” and publishes an empowering lifestyle publication, “DayStarters.”

He is the father of two children and with his wife, Cheryl, lives in Moorestown, NJ. He earned a B.S. degree in communications from Temple University.

Professor Del Colliano says “it is an honor to join Larry Miller and the NYU Steinhardt Music Business faculty in such a progressive and relevant program” and he hopes to meet the future of the music and media business in class soon.