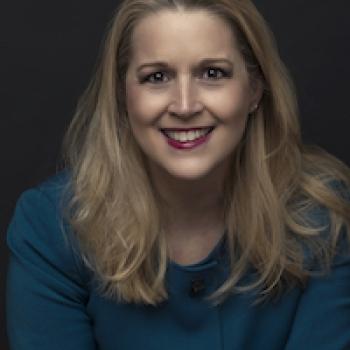 As President and Chief Creative Officer at indie powerhouse one77 Music, Jennifer Blakeman is one of the most accomplished and widely respected female executives in the music industry. For more than three decades, she has fostered the careers of some of the most popular artists and songwriters in the world. From her early days as a Warner Bros. recording artist produced by Eddie Van Halen and Ted Templeman, to serving in numerous senior executive and creative roles for major and indie publishers, record labels, and film studios, Blakeman developed a holistic, creative-centric view of the music business which extends to her ongoing, passionate commitment to the creator.

At one77 Music, Blakeman oversees a stellar roster of hitmakers and such clients as Combustion Music, Sean Garrett, and hip hop producers Mike & Keys. The company’s rich, diverse 6,000-song catalog of contemporary and classic hits features songs recorded by Pat Benatar, Martina McBride, Ike and Tina Turner, and hits written by Al Jackson Jr., including Booker T. and The MGs’ “Green Onions,” and Al Green’s “Let’s Stay Together,” and “I’m Still In Love With You,” to name a few.

Prior to one77 Music, Blakeman was chief creative officer for Atlas Music Publishing, where she was responsible for acquisitions, creative and synch activity, and the company roster, which included Van Halen, Counting Crows, Brian Howes, and Toby Gad. Before joining Atlas, she spent a decade at Universal Music Publishing, where she rose to SVP of Creative with a superstar roster including Skylar Grey, Ne-Yo, Linkin Park, Justin Timberlake, and Anthony Hamilton. Prior to Universal Music Publishing Blakeman additionally served in creative roles for Atlantic Records, Universal Pictures, and Zomba Publishing. As an accomplished musician and ASCAP songwriter and publisher herself, she toured in the 80s as a keyboardist for Billy Idol, Savage Garden, Brian Wilson, among many others.

Blakeman’s philanthropic contributions and service within the industry include many leadership roles. She is a former chapter president, trustee, and current governor of The Recording Academy’s New York Chapter, a charter voting member of the Latin Recording Academy, a voting member of the Songwriters Hall of Fame, and an active AIMP member. For over a decade, she has been an adjunct professor at NYU Steinhardt and has taught more than five hundred students in the Music Business degree program, many of whom can now be found working throughout the industry.