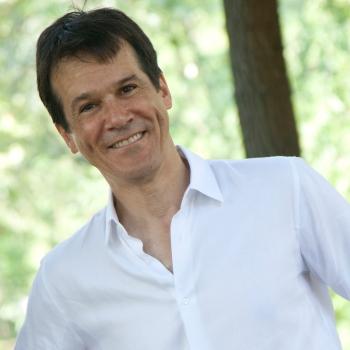 Jamie Lawrence is an eclectic musician active in film, television, and theater as a composer, orchestrator, and producer. He has racked up five Emmy awards and another nine Emmy nominations for his compositions and arrangements. He served as Music Director for the 2019 Tony Awards and has been its principal composer/arranger for many years. Jamie has scored many documentaries for HBO, Dealing Dogs, Death On A Factory Farm, The Alzheimer’s Project - “Momentum In Science”, and produced and orchestrated the scores for all of Rebecca Miller’s films, most recently Arthur Miller: Writer, Maggie’s Plan, and The Private Lives of Pippa Lee. As an orchestrator and arranger, he has penned arrangements for numerous musical luminaries such as Jessye Norman, Quincy Jones, Smokey Robinson, Audra McDonald & Adam Guettel, and Herbie Hancock.

Jamie loves writing songs and in the past few years has co-written and produced albums for MuMu (Ladies First), Nora York (Swoon), Joe Brucato (Christmas in New York), as well as released his personal jazz foray, New York Suite. Jamie grew up in New York City and received a BA in music from Yale University. In his off-hours, he has a sideline as a writer/performer of children’s songs under his alias -- Jamie Broza. His first CD for children, “Bad Mood Mom and other Good Mood Songs,” made the Parents’ Choice Foundation’s list of the top 25 children’s CDs in the last 25 years.