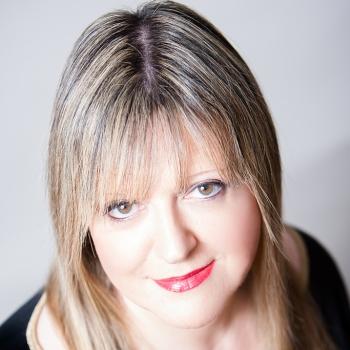 Dr. Jacqueline Horner-Kwiatek, mezzo-soprano, is a singer, conductor, educator, and composer. She was a member of the world-renowned vocal quartet Anonymous 4 from 2000-2015. She recorded twelve award-winning CDs with the group, including American Angels, which twice topped Billboard’s classical music charts, and The Cherry Tree, one of the top-selling classical CDs of 2010. Anonymous 4′s performance of the Irish lament “Caoineadh” on Christopher Tin’s album Calling All Dawns, with Jacqueline as a featured soloist, led to a Grammy for Best Classical Music Crossover Album.

As a composer, Dr. Horner-Kwiatek has had her music performed by Locrian Chamber Ensemble, The Folger Consort, ModernMedieval Voices, Early Music Princeton, and Constellation Men’s Ensemble, amongst others.

Dr. Horner-Kwiatek holds a DMA from The Juilliard School and is on the Performance Faculty at Princeton University where she teaches voice and is a conductor of the Early Music Princeton vocal ensemble. She is also on the voice faculty at NYU Steinhardt and teaches music history at The Juilliard School.  She is in demand as a clinician and gives masterclasses and ensemble technique workshops all over the U.S., including her Vocal Pedagogy for Composers seminars which have been presented at universities and conservatories all over the US, including Juilliard, Manhattan School of Music, Duke University, Montclair University, and SUNY Binghamton.