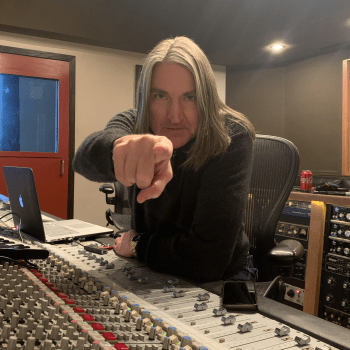 A 24-year SESAC affiliate, his own compositions, and remixes are all over television and cinema with credits including trailers for the MGM movie Pelham 123, episodes for CBS's NCIS and NBC's Dateline as well as other prime-time shows in the US, Australia, Norway, South Africa, Sweden, Mexico, Denmark, and many other countries.

In addition, Chris has programmed factory sounds and demo-songs for several major synthesizers, including Reason, McDSP's Synthesizer One, and M-Audio's Pro Keys 88 and 88SX, and has contributed to the production of musical hardware and software for many years. His own products include “SAW-1 Discovery” and “Virtual Audience” – unique synthesizers in the Rack Extension format – the sample-discs "Premium Electric Pianos" and "Premium Vintage Keyboards" that were distributed by M-Audio, and the Electromechanical Refill, originally distributed by Reason Studios but now integrated into the Reason Factory Soundbank.

In 2009, Chris founded The Pop Vocal Academy. Students and clients achieved incredible success as top-ten Billboard chart artists, winners of The Apollo Amateur Hour Next-Gen, contestants on NBC's The Voice, ABC’s American Idol, featured performers on FOX’s Glee, and several Broadway productions, including A Bronx Tale. PVA closed in 2018 due to a family tragedy, but Chris continues to teach privately.

As a clinician, Chris is currently featured with Antares (the Auto-Tune folks). Chris has been the headlining artist for Propellerheads, AVID, M-Audio, and other major manufacturers at trade shows, international conferences, and dealer trainings. Recently he was a showcased producer/engineer for “Mix-Con” sponsored by Sonic Scoop and The Deli Magazine.

Chris is a decade-long adjunct faculty member at NYU Steinhardt and is based out of Engine Room Audio in Manhattan.