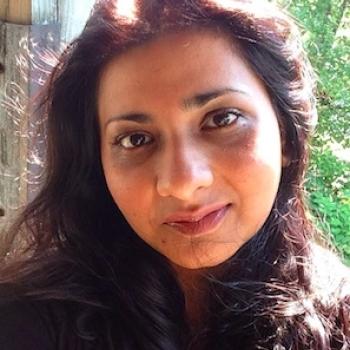 She is a feminist media scholar, whose current research interests center on war on terror era militarism. She is particularly concerned with the ways that feminism is mobilized in the public discourse on the war on terror, and how this impacts the project of enacting transnational/cross-cultural feminist alliances with women in the “Muslim world.” She studies gender, sexuality and the production of media in the war zone in Afghanistan, and its relationship to the production of feminist discourse on militarism as a means of engendering the liberation of Afghan women. Her next project shifts the focus from observers to participants of war, to examine how the conditions of the war on terror shape the ways in which female military service members and veterans use digital media to advocate for themselves.

Recently, her piece Feminism, Advocacy, the Military and Online Discourse in the War on Terror appeared in Democratic Communique. She received the Louis Bevier Dissertation Fellowship from Rutgers University.