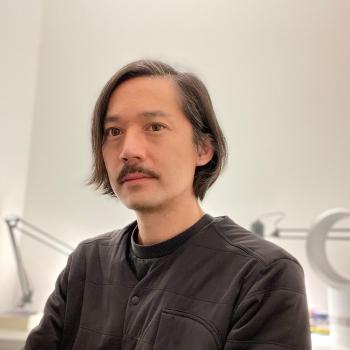 Howie Chen is a New York–based curator engaged in collaborative art production and research. A founding director of Chen’s, a townhouse gallery in Brooklyn, and Dispatch, he has held curatorial roles at the Whitney Museum of American Art and MoMA PS1. His writings have been published by Primary Information and Badlands Unlimited and have appeared in magazines such as Artforum, Frieze, and Art in America. With artist Mika Tajima, he formed New Humans, a moniker for collaborations with musicians, artists and designers. He was the Jane Farver Memorial curator in residence at the International Studio & Curatorial Program and a board member of W.A.G.E. (Working Artists and the Greater Economy).

He has been on the faculty at the the New York University Steinhardt School and a lecturer at the Art, Culture and Technology program at MIT, Parsons School for Design, and Rhode Island School of Design.  Chen holds a degree in economics from The Wharton School at the University of Pennsylvania and attended the Whitney Museum Independent Study Program as a Helena Rubinstein Curatorial Fellow.