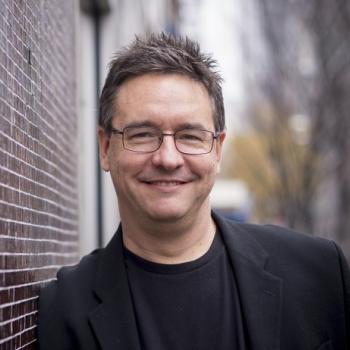 GREG PLISKA is a composer, conductor, and orchestrator whose diverse career includes award-winning work in theater, film, television and other media. His recent orchestration work includes new themes for NPR’s Morning Edition, American Express, CBS Evening News and Face the Nation, IMAX, HBO Feature Presentation, and Hulu, along with the films The Infiltrator (w/Bryan Cranston), Manhattan Night (w/Adrian Brody), Beethoven’s Treasure Tail, The Little Rascals Save the Day, The Wildest Dream and the BAFTA-winning documentary Flying Monsters 3D. He is the orchestrator for the off-Broadway musical Trevor, by composer Julianne Wick Davis, and co-orchestrated her musical When We Met with Michael Starobin.

Greg was the music director for the Tony-winning play War Horse (as well as the Toronto and North American tour productions), for which he also won a web award for Best Musical Direction of a Play. He wrote music for the Broadway play Sylvia and Shakespeare in the Park productions of Twelfth Night, Comedy of Errors, and As You Like It (co-composed with Steve Martin, Drama Desk nomination). His musical In a Lake of Fire won a Moss Hart Award; other musicals include TitTales: A Body Politics Cabaret, and a rock version of Bacchae.

He contributed music and orchestration to the BAFTA-winning TV series Life, along with other Discovery Channel and National Geographic programs and several short films. His off-Broadway scores include School for Scandal, Vigil, The Window Man, Ice Island, Oy!, and Pericles. He is a composer of the podcast theme music for Vox Media’s Nice Try! Utopian and Audible’s Presidents are People Too and Authorized. He wrote an opera with David Ives, The Secret Garden, and is currently developing a new music-theater piece, A Most Dangerous Man, based upon the life of labor leader and civil rights activist Walter Reuther.

Greg has been the arranger/orchestrator for the indie-folk band Hem, from their highly acclaimed first album, Rabbit Songs, to concerts with the Boston Pops and at Lincoln Center, as well as several TV commercial campaigns. He has orchestrated a half-dozen shows for Theaterworks USA, all of which have had successful multi-year national tours, and written arrangements for ensembles from string quartet to big band to concert band and beyond. He was the orchestrator for Carly Simon’s opera and album Romulus Hunt and has collaborated on recordings with Duncan Sheik, James Iha, Michael Stipe, Karen Elson, Cat Power, Jim Salestrom and, most recently, with banjo legend Tony Trischka and cinematic rock band Earthside. His own album, September Songs, is available on iTunes and elsewhere.

Greg has conducted off-Broadway and regionally, including the national tour of Jekyll and Hyde, and acclaimed New York productions of Tintypes, The Portable Pioneer and Prairie Show, and Michael Gordon’s Chaos.

Greg’s work in sound design includes the aforementioned The Government Inspector, School for Scandal and Pericles, for Red Bull Theater, as well as Vigil (DR2) and The Nerd (Bucks County Playhouse).

As an educator, Greg is a frequent festival artistic director and workshop leader for the International Schools Theater Association, which has brought him to more than 35 countries to date. He is a former faculty member of the Graduate Musical Theater Writing Program at New York University, a two-time visiting professor at Williams College, and a teaching artist for the New York Philharmonic, Metropolitan Opera, Manhattan School of Music, and the national school reform initiative Different Ways of Knowing. He helped develop the highly acclaimed Creating Original Opera program for the Met, as well as curriculum for schools in New Jersey, New York, Maryland, Chicago and Washington, DC, through the organization Arts for Anyone.

Greg was a recipient of the ASCAP Foundation Grant for Young Composers and a Fellow at the Sundance Documentary Composers Lab. He has served on the Board of the Society of Composers and Lyricists for five years and is the chair of the organization’s New York chapter. He is a former Vice President of the National Puzzlers League.

In his other life, Greg creates puzzle hunts for corporate and private clients, including two events per year at New York resort Mohonk Mountain House. He is a contributor and puzzle guru for NPR’s Ask Me Another and a commentator (and competitor) for Will Shortz’s annual American Crossword Puzzle Tournament.

Greg grew up in Belmont, CA and is a graduate of Nueva Day School, Bellarmine College Prep and Williams College. He lives in Manhattan with his wife, Jessica, and two children, Margot and Nicholas.