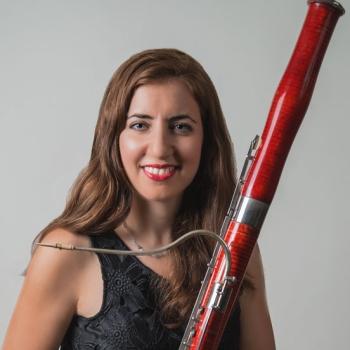 Bassoonist Gina Cuffari is a dynamic and versatile musician who performs a variety of roles in the New York City area as an orchestral musician, chamber musician, soloist, new music advocate, and educator. Praised for having a "sound that is by turns sensuous, lyric and fast-moving" (Palm Beach Daily News), Gina is the Co-Principal Bassoonist of the Orpheus Chamber Orchestra. For over a decade, Gina has performed and recorded throughout the USA, Europe, and Asia with this prestigious ensemble, and has been an active participant in their community engagement programs such as Access Orpheus (teaching at NYC public schools) and the Reflections program (performing for Alzheimer's patients and their caregivers). Gina is also the Associate Principal/2nd Bassoonist of the Lincoln Center-based Riverside Symphony, as well as a frequent performer with Orchestra of St. Luke's, American Composers Orchestra, Westchester Philharmonic, American Ballet Theater, Iris Orchestra in Memphis, TN, and many more. In addition, Gina has played in recent Broadway productions of Fiddler on the Roof, Sunset Boulevard, and My Fair Lady as a substitute bassoonist.

Gina's passion for chamber music has led her to collaborate with many amazing musicians and ensembles over the years. She is currently a member of the Jupiter Symphony Chamber Players and Sylvan Winds, and a founding member of Trio Cabrini, a clarinet, bassoon/voice, piano ensemble. She performs throughout New England with the Boston-based Walden Chamber Players and has had recent engagements with the Exponential Ensemble, Tertulia Ensemble, and Camerata Pacifica in Santa Barbara, California.

Gina has always had a keen interest in new music and has endeavored to support composers throughout her career. She has been a longtime collaborator with Alarm Will Sound – performing as a bassoonist, vocalist, and keyboardist – and has worked with many composers over the years, premiering a plethora of new works with the group. In NYC she has performed with Argento New Music Project and ACME, and has commissioned and premiered several new works with her ensembles Sylvan Winds, Quintet of the Americas, Trio Cabrini, and Orpheus Chamber Orchestra. In an ongoing personal project, Gina has commissioned and premiered works that combine her two passions – singing and playing the bassoon – into one performing experience. Composers writing for her include Sunny Knable, Gregg August, Jenni Brandon, and more.

As an educator, Gina currently holds positions at NYU and Western CT State University where she teaches bassoon, coaches chamber music, and teaches a variety of other classes. She is a frequent guest clinician at Bard College for The Orchestra Now and has taught master classes at universities such as Yale, Auburn, and Louisiana State. She spends her summers performing and teaching at several summer festivals including the NYU Summer Woodwind Institute, Orpheus@Mannes, and the Mostly Modern Festival at Skidmore College. 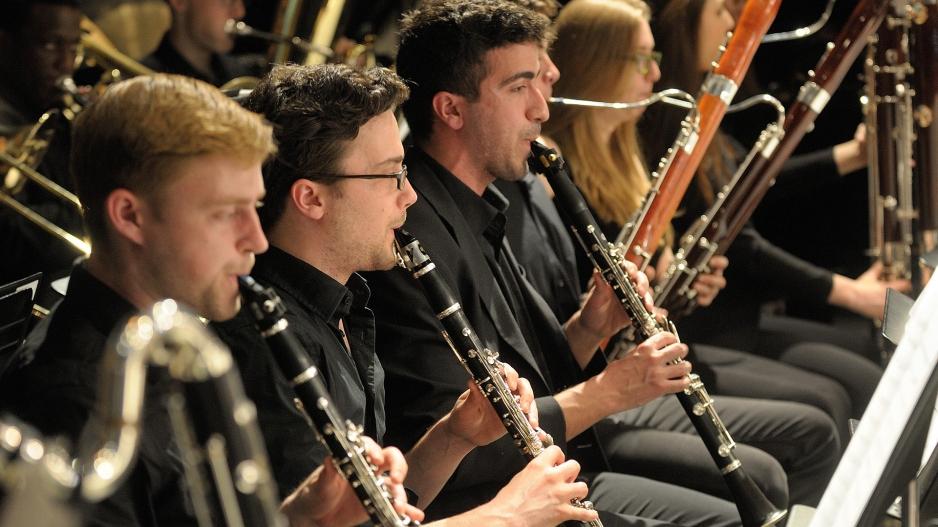