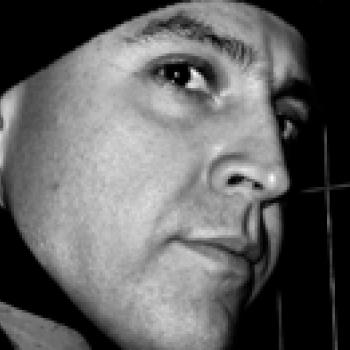 Argentinian-American composer, Ezequiel Viñao has been described by the members ofthe Juilliard String Quartet as a “particularly personal and intimate musical voice,” one that “combines an encyclopedic musical knowledge with an eclectic compositional philosophy.”

Viñao’s music has been commissioned and presented by leading performers and organizations around the world. The list includes Carnegie Hall and Lincoln Center in New York; the Kennedy Center and the Library of Congress in Washington; the Celebrity Series at Jordan Hall in Boston; the Tanglewood, Ravinia and Aspen Music Festivals; the Musikverein in Vienna; the Almeida Theatre in London; the Tramway in Glasgow; the Presences and Bourges Festivals in France; the Helsinki Biennale; the Philips Hall in Holland; the Shobi Institute in Tokyo; ensembles such as the Orchestre Philharmonique de Radio France, the American Composers Orchestra, the New York City Opera, Da Camera of Houston, Speculum Musicae, San Francisco Contemporary Music Players and Absolute Ensemble; the Juilliard, Brentano and Smith String Quartets; Dennis Russell Davies, Kristjan Jarvi, Joseph Kalichstein, Paul Hillier and Anne Akiko Meyers.

A five-time ISCM First Prize winner, Professor Viñao has been singled out for distinction with a Kennedy Center Friedheim Award; a First Prize from UNESCO's Latin-American Rostrum of Composers; an Endowed Fellowship from California's Djerassi Foundation, and by the Argentinean Academy of Fine Arts, the International Music Council in Paris, the San Antonio Festival and the New York Foundation for the Arts.

Ezequiel Viñao first studied piano (with Manuel Rego) and composition (with Jacobo Ficher) in his native Argentina. Early on he developed an interest in music technology and in the rhythmic cycles of Indian music, both of which were later to become features of his music. While still a teenager, his skill at the keyboard drew the attention of American pianist Earl Wild who was instrumental in securing a grant from the United Nations that allowed Viñao to leave his home country and move to New York City. Prof. Viñao studied with Gyorgy Sandor and Milton Babbitt. In addition, he was invited to Avignon, France, to work with Olivier Messiaen in a series of televised master classes.

Recent major commissions include ‘Saga’, an evening length work for large chamber ensemble and soloists (for the Composer Portrait Series at Miller Theater in New York); ‘String Quartet II’’ (for the Juilliard School’s Centennial) and ‘The Wanderer’, a setting of a tenth century Anglo-Saxon text (for Chanticleer and Chicago A Cappella.)

Professor Viñao's music is available from TLON Editions (www.tloneditions.com) and can be heard on BIS, ICMA and Pro Piano Records. He has also served as a consultant for Nonesuch’s best-selling recordings of Gershwin’s piano rolls.