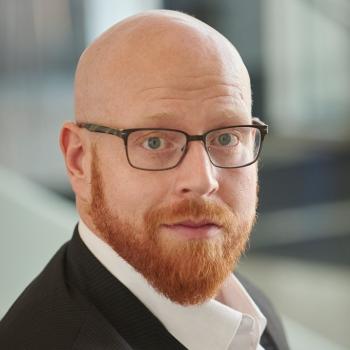 Dr. Errik Hood holds degrees from Wright State University (BM), The Bienen School of Music at Northwestern University (MM) and The Ohio State University (DMA) and has been mentored by some of the foremost experts in vocal pedagogy, voice science, and motor learning theory.

While in high demand in a wide variety of operatic and concert repertoire, Errik has distinguished himself as an interpreter of early 20th-century British repertoire, having made his international (Great Britain Choral Festival at Ely Cathedral, UK) and Carnegie Hall debuts providing solos for Ralph Vaughan Williams’ Sancta Civitas and Dona Nobis Pacem. Dr. Hood's doctoral research on the art songs of Ivor Gurney has been presented through lecture-recitals at conferences for the National Association of Teachers of Singing, the College Music Society, the North American British Music Studies Association, and at universities all over the country.

Other research interests include functional cross-training of singers, the intersection of long-form improvisational comedy and voice pedagogy, and collegiate/independent studio voice teacher collaboration. These topics have been presented at professional conferences and universities all over the United States.

Dr. Hood's students have been accepted to prestigious graduate programs and young artist programs all over the country and have won awards at competitions sponsored by organizations such as NATS and the Metropolitan Opera National Council Auditions. Prior to his appointment to the faculty of NYU, Dr. Hood served as Voice and Opera Area Program Coordinator at Utah State University.