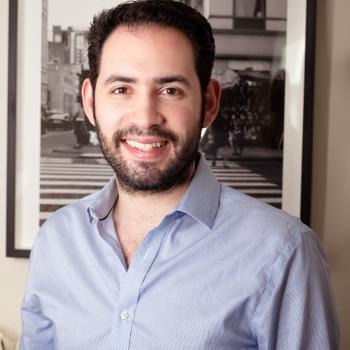 Ernesto Valenzuela is a Mexican audio engineer, producer, and composer. His work focuses on the use of acoustics, DSP, and electronics to enhance audio recording and facilitate the music creation process.

In 2019, Ernesto was appointed as house engineer at Sticky Audio Labs studio. Some of his most notable studio work includes mixing and recording for The B52s, Fred Schneider, Tkay Maizda, Sterling Campbell, and Gerry Leonard.

In addition to studio work, Ernesto has worked as a sound designer, composer, and audio engineer for several theater productions by La Mama and Ping Chong & Co. as well as the award-winning production of El Eco de Antigona, for which he received an award for best original music in 2018.

Ernesto received a BE in Mechanical-Electrical Engineering from the Tecnologico de Monterrey and an MM in Music Technology from NYU Steinhardt.