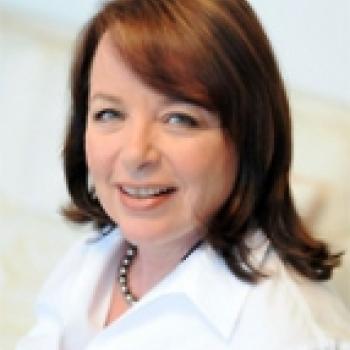 Selected achievements include:
Erica masterminded one of television’s biggest brands as President/CEO of The Food Network and FoodNetwork.com, the #1 site for food. Taking over in June 1996 when the network had no ratings and no distribution, she staged a complete brand and programming turnaround and created a blockbuster in only two years - introducing the smash hits Emeril Live!, The Two Fat Ladies, and The Iron Chef. Food Network is the only basic-cable network in history to become profitable on advertising revenue alone: a testament to Erica’s understanding of how to attract viewers and how to deliver them to advertisers.

Before joining Food, Gruen was Director, Media Services for Merkley Newman Harty (Omnicom). Prior to that, she was SVP, Strategic Media Resources at Saatchi & Saatchi Advertising, the world’s largest ad agency at the time. There she created, secured funding for, and ran Saatchi’s branded entertainment unit, one of the first of its kind on Madison Avenue, serving Procter & Gamble, Toyota, Lexus, General Mills, L’eggs/Hanes and Nabisco. Her many Emmy-Award winning series included What Every Baby Knows with Dr. T. Berry Brazelton. As Saatchi’s chief new-media strategist, she also advised all of Saatchi’s Fortune 100 clients in North America on investments in emerging media.

Erica was digital when digital wasn’t cool. Way back in 1995, she started one of Madison Avenue’s first digital advertising agencies, Saatchi & Saatchi Interactive, and was named to New York Magazine’s “Cyber 60” list that year. Toyota.com, Tide.com and YouRuleSchool.com (General Mills kids’ cereals) were some of the first consumer-advertising web sites ever built.

Gruen entered television as Marketing Manager for the national launch and rollout of Bravo and Rainbow. In 2006, she was named to the prestigious Cable Pioneers Society. She is a Past Chair of the Women in Cable and Telecommunications Foundation and an Honorary Chair of Cable Positive. Gruen holds an M.S. in Educational Psychology from the University of Wisconsin and a B.A. With Honors from the University of Michigan. She serves on many boards, including Theatreworks USA (immediate past Chair of the country’s largest children’s theater company), and is a Trustee and Secretary of the James Beard Foundation, awarding the yearly culinary “Oscars.”