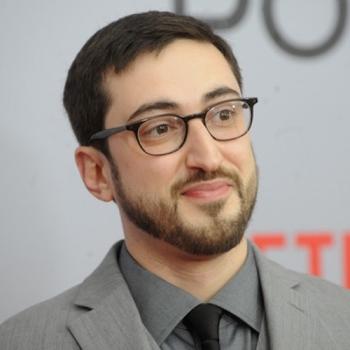 Eric V. Hachikian is an Armenian-American composer whose music has been hailed by The New York Times as “lovely and original.” A classically trained musician and perpetual researcher of world music, his personal sound draws inspiration from diverse influences and artists and thrives in audiovisual collaboration.

His work can be heard in a variety of major motion pictures and network television shows: Marco Polo; Mortal Kombat Legends: Scorpion’s Revenge; How High 2; When We First Met; The Place Beyond the Pines; The Wrestler; Superstore; The Mindy Project; Entourage; and Homeland. As Creative Director and co-founder of Soundcat Productions, a boutique music company with studios in New York City and Los Angeles, Eric has written and produced music for numerous national and international advertising campaigns: Apple, Google, Facebook, Budweiser, BMW, Snickers, Ford, Mastercard, Kate Spade, and Wendy's, among many others. His concert works include Voyage to Amasia, his personal reflection on his Armenian heritage, later developed into a feature documentary. His music has been performed by the Los Angeles Philharmonic, New York Pops Orchestra, Baltimore Symphony, and Boston Pops Orchestra, and in such venues as Carnegie Hall, Lincoln Center’s Alice Tully Hall, Boston’s Symphony Hall, and The Getty.

Eric studied Nadia Boulanger's methods in Paris, France, and composition and audio engineering at the Aspen and Tanglewood Music Festivals. He received his bachelor of music from the University of Michigan and his master of arts from NYU. Also a performer, Eric plays the piano and tuba and is a trained vocalist and an accomplished conductor. He currently teaches composition, media scoring, and orchestration at NYU Steinhardt and Brooklyn College’s Feirstein Graduate School of Cinema, and has led learning labs in Armenia at the TUMO Center for Creative Technologies. Eric also proudly serves on the New York Steering Committee of the Society of Composers and Lyricists.