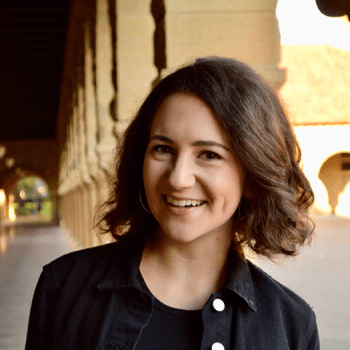 Elena Georgieva is a PhD student at NYU's Music and Audio Research Lab (MARL) working with Dr. Pablo Ripollés and Dr. Brian McFee. Before coming to NYU, Elena taught sound recording at Stanford University's Center for Computer Research in Music and Acoustics (CCRMA), where she received her master’s degree in 2019.

At MARL, Elena works on human-centered MIR research with the MIR group and the Ripollés lab. So far, she has worked on projects related to hit song science, sound recording, vocal expression, computer music, and EEG. Elena has presented her work at the annual ISMIR, ICML, and NIME conferences, as well as at several universities and tech companies. In music, Elena is a singer and vocal producer and performs with several vocal groups. She also holds a Bachelor of Science degree from UCLA in Cognitive Science.