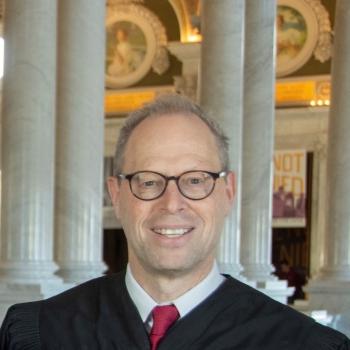 David Strickler is a lawyer and economist, and also, since May 2013, a United States Copyright Royalty Judge. In this position, he – together with two other judges – presides over trials involving the setting of royalty rates in the music business and the distribution of cable television revenues to copyright owners.

After law school, he spent several years as a federal litigator with the Department of Energy and the Commodity Futures Trading Commission. Thereafter, he was a commercial litigator in private practice in New Jersey for almost three decades.

In the interdisciplinary area of copyrights, economics, and law, Judge Strickler is a member of the Society for Economic Research on Copyright Issues (SERCI). He was a featured speaker at SERCI’s 2015 Annual Congress in Glasgow, Scotland, and he has been an anonymous article referee for the organization’s journal, the Review of Economic Research on Copyright Issues (RERCI). In December 2015, RERCI published an article by Judge Strickler entitled: Royalty Rate Setting for Sound Recordings by the United States Copyright Royalty Board: The Judicial Need for Independent Scholarly Economic Analysis.