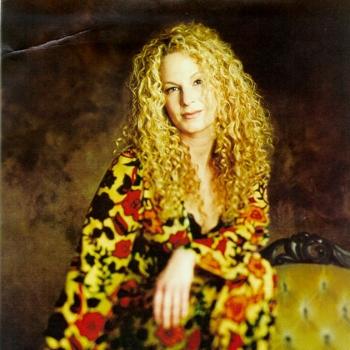 Dana Calitri is one of the music industry’s top professionals. A brilliant singer, multi-platinum selling songwriter and teacher, Dana is an integral part of the international music scene. Her music can be heard all over the world from the USA to the U.K to Europe, Japan, South America, Australia and the Philippines. In 1995 Dana began her career as an artist, writing and recording for Virgin Records and then for Universal. Her love of songwriting eventually led to her first multi-platinum cut with *NSYNC. Dana went on to write songs for other international, platinum-selling artists such as American Idol’s CHRIS DAUGHTRY, SHINEDOWN, ORIANTHI, THEORY OF A DEADMAN, THE MAINE, DREAM, JESSICA ANDREWS, PLAY, DONNA SUMMER and many others. In 2010 her song I GET OFF went to the top 5 with Atlantic recording artist HALESTORM and her song WHEN THE BEAT DROPS went to #2 in the U.K. 2012 promises to be a great year with songs on SHINEDOWN’S “AMARYLIS” which debuted at #4 and HALESTORM’S “THE STRANGE CASE OF …” debuting at #15 on the Billboard 200! A great many of her songs have been featured in movies and on television in shows for MTV, PBS, HBO, CBS, ABC, NBC, FOX and even in The SuperBowl. Dana co-wrote the current theme song for WINDY CITY LIVE, a daily talk show on Channel 7 Chicago. As a singer Dana has worked with acclaimed artists such as CELINE DION, FERGIE, JESSIE McCARTNEY, MARC ANTHONY, ELTON JOHN, CHER and numerous others. She has appeared on Saturday Night Live, The Rosie O’Donnell Show, Good Morning America and the Today Show and performed with RICHARD GERE, RENE ZELLWEGER and CATHERINE ZETA-JONES in the Miramax movie and soundtrack “CHICAGO”. She is also one of the most heard voices on television and radio commercials, singing jingles and doing voice-overs for Dr. Pepper, Coke, Folgers, Pillsbury, and Sears, to name a very few. Dana is a graduate of Brown University. She began her formal vocal training at the age of 14 at the Manhattan School of Music. Her private study was under the direction of Lydia Summers, Anne Countryman and Helen Hobbs Jordan. Dana’s interest in meditation and alternative healing led her to study with sound healing masters Kevin Michael, Fabien Maman, Dr. Louise Montello, Don Campbell and the Venerable Dhyani Ywahoo. Dana is a guest lecturer, teaching songwriting at Berklee College of Music in Boston, and teaches private voice lessons and songwriting in NYC and Northern New Jersey. Because of her extensive work as a recording artist, songwriter and session singer, Dana is especially effective with those interested in careers in the pop, rock and r&b fields.