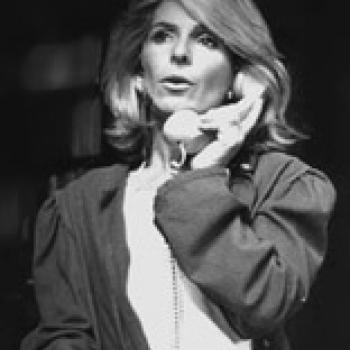 Catherine Russell (Adjunct) AB Cornell 1977, MA NYU 1980; is a working actress/manager/producer/ professor. Named the "Cal Ripken of Broadway" by People Magazine for her performance record (over 21 years, no sick days, no vacations) in the long-running Off-Broadway thriller Perfect Crime (9000 performances and still counting), Catherine has appeared on Entertainment Tonight and the Today Show and has been the subject of profiles in numerous publications including The New York Times, the Wall Street Journal, Newsday, the New York Post, the Daily News, and the New Yorker. Catherine loves teaching acting at NYU, which she has been doing since 1981.

In 2005, she built a new theater center in the heart of Times Square, negotiating Off-Broadway's first corporate sponsorship, partnering with Snapple to create the Snapple Theater Center at 50th Street and Broadway, home to Perfect Crime (which Catherine also general manages) and a revival of The Fantasticks. She is also currently one of the lead producers of this production of the longest running musical in the world. She is an executive member of the Off-Broadway Alliance and a member of the League of Off-Broadway Theatres and Producers and the League of Professional Theatre Women. She is currently working on building another new multi-theater complex in Times Square and creating a new reality show, "They Were You" which will feature actors auditioning for the two leading young roles in The Fantasticks. In the past year, she has also appeared on Law & Order and in several independent films.