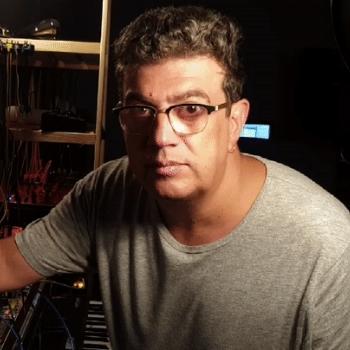 Carlos Guedes has had responsibilities in the creation and improvement of several academic programs in music composition and multimedia in Portugal, including the doctoral program in Digital Media at the University Porto, in association with the New University of Lisbon and the University of Texas at Austin. He was also part of the advisory committee in the creation of UT Austin's Center for Arts and Entertainment Technologies.

At NYU Abu Dhabi, he served as the head of the Music Program between 2013 and 2016, playing a seminal role in its development. He coordinated the music program curriculum structuring and its recent reaccreditation by the UAE authorities; oversaw the completion of the facilities and acquisition of equipment to support the diverse range of musical activities; and was responsible for recruiting the key personnel for the technical team as well as adjunct faculty in performance to serve the multifaceted nature of this program.

During the academic year of 2015-2016, he also developed strategic partnerships with NYU Shanghai's Interactive Media Arts and NYU Steinhardt's Music Technology programs and was the co-responsible for the creation of the minor in Sound and Music Computing (Music and Computer Science), one of the first interdivisional minors at NYUAD.

In research, Carlos Guedes’s interests lie in the creation of automatic music generation and interactive music systems to facilitate musical creation and expression by non-specialists. He was the co-founder of the Sound and Music Computing Group at INESC TEC (Portugal), a group that counts several internationally funded projects in the areas of Music Information Retrieval and Automatic Music Generation.

Since coming to NYUAD, Carlos Guedes has been interested in developing a research agenda that involves the analysis and preservation of music from the Gulf and Middle East, South India, and East Africa, and is currently the co-PI on two important funded projects at NYUAD in collaboration with NYU New York: “Cross-disciplinary and multicultural perspectives on musical rhythm” and “Creation and Analysis of a Digital Repository of Middle Eastern Music.