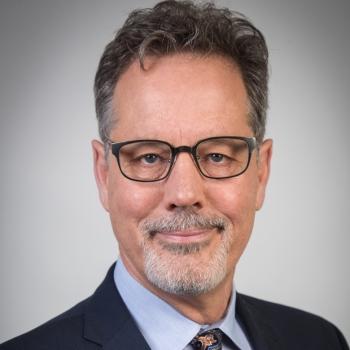 Trained as an American studies scholar, Brett Gary’s most recent research and teaching takes a historical approach to media and political communications with an emphasis on cultural battles over censorship of artistic expression, sexual information, and narrative representations of the nation's past. He teaches courses on Censorship in American Culture, Hollywood films and American History, changing conceptions of American manhood and masculinities, and a new course titled Resisting Dystopia, focusing on the recent past and the near future. He has lectured internationally on the subject of Hollywood westerns, and is a recipient of both the Steinhardt School’s Teaching Excellence Award and NYU’s Distinguishing Teaching Award.

His first book, The Nervous Liberals: Propaganda Anxieties from World War One to the Cold War (Columbia, 1999), is a study of fears about public susceptibilities to mass manipulation in the aftermath of WWI and the eve of WWII.  He examines how the demonstrable power of propaganda in WWI became a critical problem for democratic theory, and also the organizing problem for the still inchoate field of mass communications; that first generation of media scholars worked closely with federal government as it prepared for WWII, and tried to develop a strategy for controlling anti-democratic propaganda without traducing First Amendment commitments. He focuses particularly on the Department of Justice's efforts to put in place a propaganda control unit that might silence fascist threats to wartime unity.

He is also a Faculty Fellow in Residence at Brittany Hall, a first year residence hall, where he along with his spouse and fellow NYU professor, Amy Bentley, offer cultural programming for first year student residents.

This course examines censorship in American culture, from the late 19th century to the present and surveys areas where debates about censorship have been urgently contested, from discussion about birth control, to literature, film, theater, art galleries and history museums, to public sidewalks, lecture halls, to the internet. students will explore the historical contexts in which important cultural and legal struggles over censorship took place, and how this history effects contemporary debates about the arts, sexuality, national security, technology, privacy, and government involvement in the marketplace of ideas and images.

This course examines the vast and rich myth-making power of Hollywood film narratives that influence dominant cultural views of American identity. Students view films that explore problems and promises of American culture and society such as equality, democracy, justice, class, gender, sexual orientation, and race/ethnicity. Students analyze films while considering the work of historians, sociologists, film critics, media studies scholars, anthropologists and journalists. Students will screen films outside of class. Assignments include creating a short film that explores the city where myths are both lived out and refuted on a daily basis.