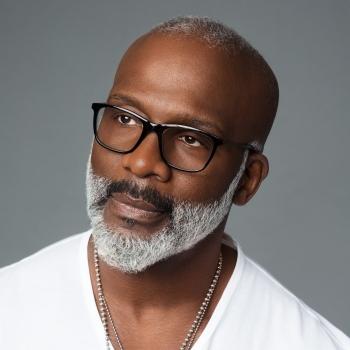 Benjamin "BeBe" Winans, the six-time Grammy Award winner, is the seventh child and youngest male of the Detroit based first family of gospel music. BeBe is best known as an inspirational R&B/gospel vocalist and songwriter who along with his musical partner and sister, CeCe Winans, are the first true Christian crossover artists to hit the mainstream.  After spending some time working behind the scenes on projects such as writing his critically acclaimed original musical Born for This and serving as Executive Music Producer for the OWN Network’s scripted series, “Greenleaf,” he moves back into the forefront with a new album, his first solo album in nearly 10 years, NEED YOU, and plans to bring Born for This to Broadway.

In April of 2018, his song “He Promised Me” featuring Tobbi & Tommi and introducing Kiandra, reached #1 on the Billboard Gospel airplay charts making it his first solo #1 in his career. In September of 2018, he released his newest single, “Laughter,” performed with Korean gospel group Korean Soul. The single was nominated for a NAACP Image Award for Outstanding Gospel/Christian Song.

On October 15, 2019, BeBe released his memoir Born for This: My Story in Music, which invites new readers and loyal fans alike to share in never-before-revealed details about his life in the crossfires between church, gospel music, and the mainstream recording industry.

Winans also wrote the book The Whitney I Knew about his relationship with his dear friend Whitney Houston. He is also an actor with Denzel Washington’s The Manchurian Candidate and Broadway’s The Color Purple opposite Chaka Khan amongst his credits.

Winans has won six Grammy Awards, ten Dove Awards, six Stellar Awards, four NAACP Awards (three with CeCe and one with 3WB with brothers Marvin and Carvin), three Soul Train Music Awards (two of them with sister CeCe), and recently won the NAACP Theatre Award for ‘Best Playwright’ for his musical Born For This.

BeBe & CeCe Winans have taken their message and presented it in a way that has touched and inspired a wide variety of audiences. BeBe & CeCe have nine successful gold and platinum recordings and in 1995 they began to explore their solo endeavors. BeBe, with his sisters, brothers, parents, and on his own, has achieved iconic status with the audiences he has moved and encouraged through the Winans’ brand of popular inspirational song.