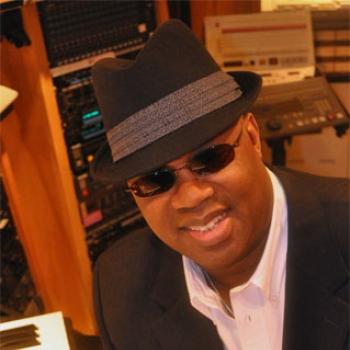 Barry Eastmond is on the faculty of the NYU Summer Songwriters Workshop.  One of the most prolific R&B/Pop songwriter/producers, he has over sixty gold, platinum, and multi-platinum albums with some of the most heralded contemporary artists. With cumulative sales topping 80 million, Barry's creative magic has been responsible for hit records by Anita Baker, Brandy, Britney Spears, Aretha Franklin, Whitney Houston, Tamia, Chaka Khan, Gladys Knight, Billy Ocean, Freddie Jackson, Al Jarreau, Vanessa Williams, Barry White, and George Benson. He produced the certified gold Anita Baker album "My Everything" for Blue Note Records which included a collaboration with Babyface. He composed and co-produced the title song for Whitney Houston's Christmas album "One Wish."

Recent projects include collaboration with Billy Ocean on his first standards album, as well as  Siedah Garrett's upcoming project "The Answer's Always Love". Barry has received numerous ASCAP Pop and R&B awards, and has served on the Board of Governors New York Chapter for N.A.R.A.S., as vice president and an active participant in the Grammy in the Schools program.  Barry was honored to be one of the songwriters that took part in ASCAP's "We Write The Music" 2011 event at the Library of Congress in Washington, D.C., along with Hal David, Lyle Lovett, Jackie DeShannon, Dean Kay, Brett James, Hillary Lindsay, Gordie Sampson and others. He was pleased to have Freddie Jackson perform his hit "You Are My Lady" at the event.