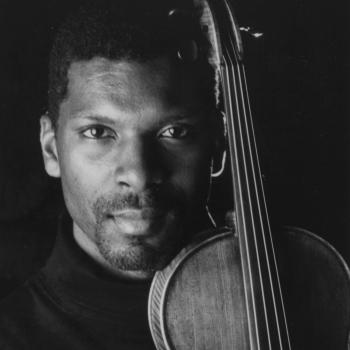 Amadi Azikiwe, violist, violinist, and conductor, has been heard in recital in major cities throughout the United States, such as New York, Boston, Cleveland, Chicago, San Francisco, Pittsburgh, Houston, Baltimore, and Washington, DC, including an appearance at the US Supreme Court. Mr. Azikiwe has also been a guest of the Chamber Music Society of Lincoln Center at the Alice Tully Hall and the Kennedy Center. Abroad, he has performed throughout Israel, Canada, South America, Central America, Nigeria, India, Japan, and Hong Kong.

As an orchestral musician, he has appeared with the New York Philharmonic and Indianapolis Symphony Orchestra, and as guest principal violist of Canada’s National Arts Centre Orchestra.

A native of New York City, Mr. Azikiwe first studied music with his mother, after which he began training at the North Carolina School of the Arts as a student of Sally Peck. His studies continued at the New England Conservatory with Marcus Thompson and at Indiana University as a student of Atar Arad.