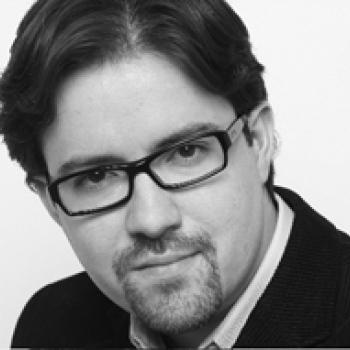 Alexander Santiago-Jirau is Director of Education at New York Theatre Workshop. In that role, he oversees all NYTW’s Education Initiatives, including the Mind the Gap intergenerational program, student matinees, in-school artist residencies, master classes, internships, and public programs. Prior to joining the staff of NYTW, he was Associate Director of Teaching and Learning at The Center for Arts Education where he managed a wide array of educational programs for students, teachers and teaching artists.

A Theatre of the Oppressed (TO) practitioner who studied and worked with Augusto Boal, Alex has facilitated many TO workshops throughout his career, particularly with youth, educators and diverse immigrant communities. He is Past-President of the Board of Directors of Pedagogy and Theatre of the Oppressed, Inc., a national organization devoted to the work of liberatory educators, activists, artists, and community organizers. Alex is also Artistic Director and Co-founder of The Forum Project, a theatre training and facilitation company that designs custom workshops, projects and performances for a wide range of communities and social justice issues. He has previously taught Latin American and Latino Theatre at Drew University. In addition to presenting his work at numerous conferences, his writing has appeared on The Indypendent, TYA Today, The Cross Border Project Blog (Spain), and the anthology “Come Closer”: Critical Perspectives on Theatre of the Oppressed. In 2010 he was elected to the Board of Directors of the New York City Arts in Education Roundtable.

Alex holds a B.S. in Urban and Regional Studies from Cornell University and an M.A. in Educational Theatre from NYU Steinhardt.