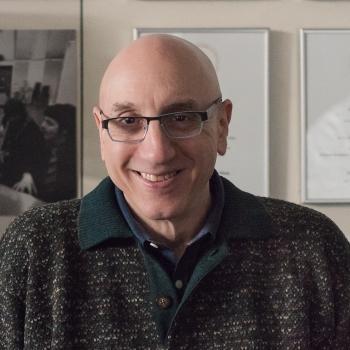 Alan celebrated another banner year in 2019.  He had the honor and privilege of mastering two more Grammy nominees for an 80+ career total: Catherine Russell’s Alone Together, a Grammy finalist and the most played album on jazz radio in 2019, and Winter Stories by Judy Collins, which he also co-produced and mixed, named “The Best Folk Album of 2019” by Digital Journal. He also mastered the ground-breaking SYSTEM EP by DJ Delia Beatriz, listed in Pitchfork’s 10-Best EDM albums of 2019.

In 2015, he co-produced and mixed Strangers Again, an album by Judy Collins featuring duets with Willie Nelson, Jackson Browne, Jimmy Buffett, Michael McDonald, Don McLean, and Jeff Bridges. The album reached the Billboard top 100. His follow-up production was a duet album by Judy Collins and Ari Hest which was Grammy-nominated for Best Folk Album in 2016. He then produced a long-awaited reunion album by Stephen Stills and Judy Collins. In 2017, he celebrated mastering credits on five more Grammy-nominated records.

He went independent in 1996, continuing to work on music for records and feature films. He engineered and produced the soundtrack for the feature film adaptation of The Fantasticks directed by Francis Ford Coppola. He worked as music supervisor for Sesame Workshop, producing music and directing Muppet performers and celebrities for Sesame Street’s network television specials “Elmopalooza” and “Cinderelmo.” He garnered a Cable Ace Award for “Best Music Special,” as audio producer for Child of Mine, a film of live performances set in everyday locations by Mary Chapin Carpenter, Rosanne Cash, Carole King, Emmylou Harris, and Dionne Warwick.

In 1996, Alan established his own company, the internationally recognized Arf! Mastering – headquartered in the same room as Jimi Hendrix’s first studio.

His film score credits continued to flourish; he was the score mixer on the late 90s classic Birdcage starring Robin Williams. He notably co-produced the main title song for the major motion picture And So It Goes – the Judy Collins classic “Both Sides Now,” written by Joni Mitchell.

However, for all his professional recognition, he counts among his favorite accomplishments that he “almost” managed to train a Siberian husky. He’s also an avid dancer who steps out of the cockpit of his “starship” regularly to recharge in local partner dance classes, which inform his understanding of music through movement.