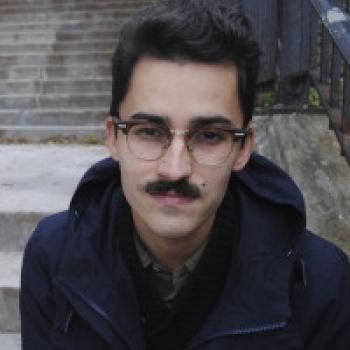 A.J. Bauer is a visiting assistant professor of Media, Culture, and Communication and a fellow at the Tow Center for Digital Journalism at Columbia University. He holds a PhD in American Studies from the Department of Social & Cultural Analysis at NYU, where he specialized in historical and contemporary right-wing movements and conservatism in the United States.

He is currently working on a book manuscript based on his doctoral dissertation, "Before 'Fair and Balanced': Conservative Media Activism and the Rise of the New Right." He is co-editor of News on the Right: Studying Conservative News Cultures (Oxford 2019), and his essays and commentary have appeared in American Journalism, Columbia Journalism Review, NiemanLab, Social Text: Periscope, The New Inquiry, The Guardian, and TV Guide.

A former journalist, his reporting has appeared in The Daily Texan (which he used to edit), the Austin American-Statesman, the Texas Observer, The Patriot Ledger and the Boston Globe. He also contributed to Occupying Wall Street: The Inside Story of an Action that Changed America (OR Books, 2011; Haymarket, 2012), as a member of Writers for the 99%.

This course presents a critical analysis of the development, principles, strategies, media, techniques, and effects of propaganda campaigns from ancient civilizations to modern technological society. The course focuses on propaganda in the context of government, religion, revolution, war, politics, and advertising, and explores implications for the future of propaganda in the cybernetic age.

Communicative aspects of American government, including the preparation of candidates, the electoral process, political advertising and public relations. The use of strategic communication to influence political agendas, the formation of public policy, and the process of political debate.

Looking at the rhetoric of public relations we examine the principles and assumptions in the process of analyzing the process of political campaigns. Focuses on an analysis of what is reported to the mass media and how the 'gatekeepers,' reporters, editors and producers of news filer the messages. Also, discussion on how public relations participates in the creation of viewpoints that eventually become well established and widely held.