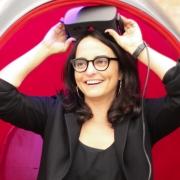 My class will review and analyze the types of VR/AR, the role of innovation, the key players, the emerging tech ecosystem, the ethical implications, its (lack of) diversity, and dive deep into its consumer and enterprise applications.

A new MCC undergraduate course, taught by PitchFWD founder Samantha G. Wolfe, will examine the VR/AR industry. As a preview of what students can expect to encounter in the class, MCC Director of Undergraduate Studies Professor Natasha Schüll chatted with Wolfe about this emerging technology.

For years now we've heard the hype around VR — that it will revolutionize everything. When will it stop being "on the verge" and become part of mainstream life?

This is a highly debated topic. Everyone in the industry seems to say 2-5 years from now, but “2-5 years” has been referenced for a while now. I believe enterprise adoption is finally on the near horizon. VR and AR (also known collectively as XR) is being used across almost any industry you can name, with applications such as employee training, design, sales, and remote collaboration. These past few months have accelerated adoption quite a lot, as business executives are trying to find solutions to manage remote workforces. As for consumer adoption, AR is already mainstream through apps like Snapchat and Instagram. With VR, last year’s launch of the Oculus Quest, the first truly consumer friendly VR headset with a pass-through camera, is a giant leap in the right direction. When headset prices begin to drop and the economy recovers, I anticipate more consumers putting a VR headset on their tech purchase wish lists.

When VR / AR technology goes mainstream, how will it change how we work and play? How is that already beginning to happen?

We just have begun to see a shift towards ‘Spatial Computing’ where 3D data allows new types of dimensionalized interactions beyond a flat computer or mobile screen. This incorporates VR and AR and the spectrum of technology in between, as well as holograms, digital humans, and certain types of AI. Companies such as Mattel and Ford are using AR and VR project rooms to design and collaborate with teams across the globe. In the architectural, building, and real estate industries, XR is being used from the beginning of development all the way through to sales and the decorating of spaces. As for play, AR has made a huge impact, although the term ‘augmented reality’ isn’t well known. The graphics in the real world in Pokemon Go are AR. The furniture measuring tool in Ikea’s app is an augmented reality application. This revolution also includes virtual influencers like Lil Miquela with her 1.7 million followers on Instagram, sponsorship deals, and her own music video.

As an insider and a fan of the VR industry, can you give us a few examples of how you think VR can do good in the world?

I’ve actually consulted with AARP, Healium, and Aris MD, each of which have compelling examples of what VR and AR can do for good. AARP’s Innovation Labs developed the social VR application Alcove to combat the issue of social isolation, as it allows families to meet and share experiences together in a virtual home. Healium creates biofeedback-driven digital solutions that are proven to relieve stress. Aris MD’s technology is used during surgery to avoid complications and save lives. In addition, I’ve been lucky to be a very small part of XR for Change and Games for Change, two sister organizations that support a community of XR creators that develop experiences to make a social impact.

Last year MCC hosted a prominent media studies scholar, Lisa Nakamura, who is very skeptical of the claims by VR enthusiasts that the medium can cultivate empathy and shift bias. She suggests that simulating the experiences of vulnerable or marginalized people — for instance, in shantytowns, refugee camps, or migrant-labor farms — “enables a fantasy of virtuous empathy on the part of the viewer” rather than producing change through more difficult, unscripted, real-life encounters. How attuned is the industry to this debate — and how would you respond to the criticism?

When the Stanford University’s Virtual Human Interaction Lab found that VR had the capacity to reduce bias and increase empathy, and Chris Milk spoke about the effect of his ‘Clouds Over Sidra’ (a VR film on the Syrian refugee crisis) in a TED talk, people began to refer to VR as an “empathy machine.” This brought a flurry of development and investment into the technology. But in the past couple of years, there has been an industry-wide backlash in using the term “empathy” as it relates to VR. The focus has moved instead to storytelling and “storyliving” to create narrative-driven engagement, not just relying on the tech itself.

In her talk, Lisa Nakamura makes a great point that everyone should be cognizant about who is making creative VR pieces and why they are being made. This is true of any medium, and not just VR. Every creator should answer the question, "What gives me the right to tell this story?" and clearly define who is the audience and the goal of the piece beyond an emotional reaction.

Why should NYU students analyze VR/AR?

VR/AR is a large part of a multi-billion dollar technological revolution. Even now, almost 70 million people use AR at least once monthly and 13% of the US population has tried VR. This is just the beginning of a fundamental societal shift, like the introduction of computers and mobile phones.

My class, The Business of Virtual Reality and Augmented Reality, will study the entire burgeoning industry. We will review and analyze the types of VR/AR, the role of innovation, the key players, the emerging tech ecosystem, the ethical implications, its (lack of) diversity, and dive deep into its consumer and enterprise applications. We will cover how it encompasses art and artists, advertising, retail, sports and gaming, military and government, medical, health and wellness, and various other industries. I’ve invited VR/AR executives and thought leaders to come and give additional insight into the day-to-day realities of working in emerging tech. In addition, students will be asked to pick a company to study throughout the semester — to get a depth of knowledge of how one company reflects the entire ecosystem. 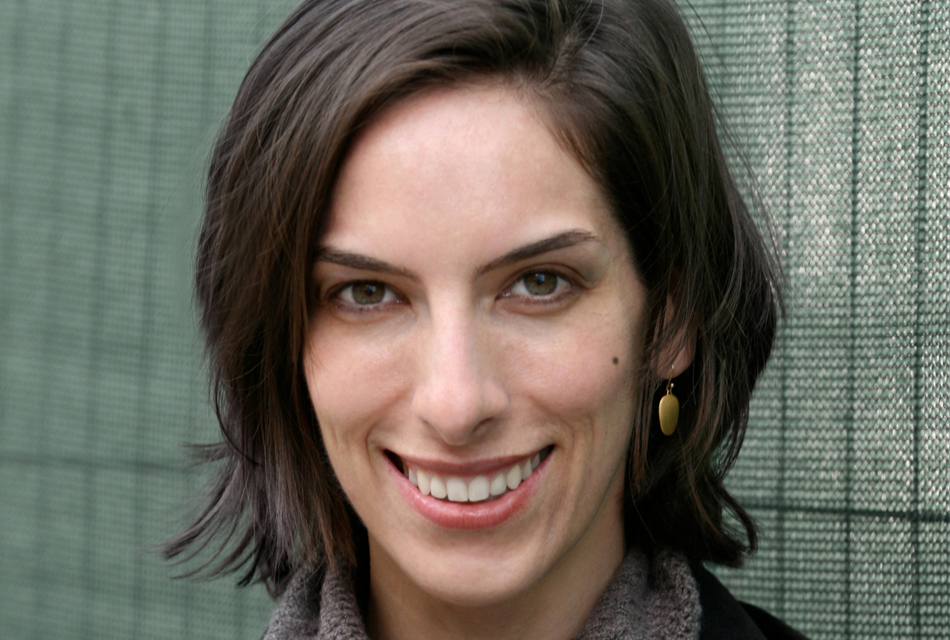 Professor Natasha Schull speaks to RetroReport PBS about how social media addiction can be traced back to theories pioneered by psychologist B.F. Skinner decades ago.