Stocking-shaming in the 19th Century: An Interview with MA Candidate, Kate Sekules

Kate Sekules is a degree candidate in the MA in Costume Studies program. Her research interests are vernacular clothing, the dress of the poor, and uncovering the untold history of mending. She is currently writing a book about visible mending and the future of fashion, to be published by Penguin in fall 2020. We spoke to her about her research on the history of stocking mending.

Your thesis is titled, “Evil in the Wardrobe:  Stocking Darns and the Gilded Age Woman in New York, 1870-1900.” Could you explain the concept of evil as it related to women’s stockings in late 19th century New York? How shameful was it to have a hole in your stocking?

The quote is from an 1878 article, “The Waning Art of Darning and Mending,” by Mrs. Henry Ward Beecher (Harriet Beecher Stowe’s sister-in-law) who, like many, equated a rent in the hose with moral failure. But she thought the mother was mostly to blame for not teaching her daughter to darn. At the beginning of this period it was shameful, indeed, to have holes, or even a badly done darn; you would be thought lazy, slatternly, unwomanly. Later on, unless you were the very poorest of the poor, you wouldn’t be seen with holes, because you’d just replace the stocking.

Many of NYU Steinhardt’s first graduates were women who were also full-time teachers. In 1891, how would a woman who worked during the day, attended the School of Pedagogy late afternoon, and still needed to study and grade papers in the evening, keep up with her mending?

This is the core of the issue, really. Women’s lives were changing so fast, but compromises and sacrifices were necessary in order to take up one of the newly available roles, and teaching, of course, was one of the most common jobs for women. The press called it “The Woman Question.” It was not just about the vote, but also a question about what happens to a woman once she loses the traditional skills, leaves the sphere of home; what use is she? A woman at Normal School (teacher training) in 1891 would probably think of darning as domestic drudgery and would lay in supplies of good stockings she found on sale for little more than a dime a pair. She’d look after her few good stockings carefully and would darn only those.

How did the mending issue become a class issue for women?

It was really about the Sewing Women — New York’s huge population of sweatshop workers living in tenements, as many as 30% of all women. It was a dire problem: by 1900, New York was nicknamed “homeless city.” Workers’ “starvation wages” were what enabled cheap clothes, including stockings. We have an equivalent situation today with “fast fashion.” We just don’t share a city with the poor Sewing Women anymore; we outsource the misery.

I’ve always mended! I was brought up to think it normal. And now I mend visibly, so the mends are obvious. It’s a statement and a growing movement. I have been doing nothing but VISIBLE mends for about eight years now.

Your forthcoming book is about visible mending and your master’s thesis is a historical look at stocking darns.  Will you write more on this subject?

Absolutely! I am the historian of mending. I say this because it’s a field of one. I guess it’s not the most glamorous aspect of costume studies. 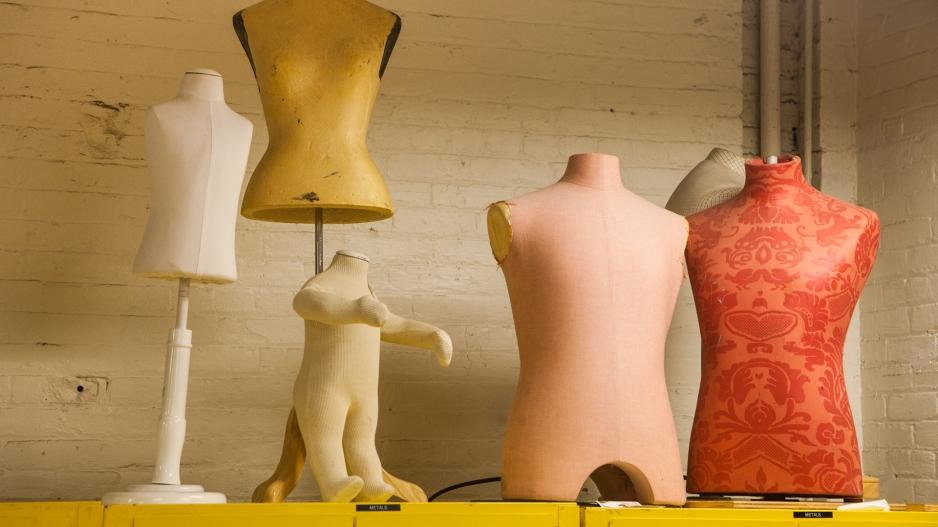 The MA in Costume Studies program focuses on fashion as an important cultural product in the context of material culture and the fine and decorative arts.