Some Children Find It Harder to Understand What Strangers Are Saying

New research finds that children with poorer language skills are at a disadvantage when given tasks or being spoken to by strangers because they cannot, as easily as their peers, understand speech from people they do not know.

New research by NYU Steinhardt Associate Professor Susannah Levi finds that children with poorer language skills are at a disadvantage when given tasks or being spoken to by strangers because they cannot, as easily as their peers, understand speech from people they do not know.

“These findings suggest that children who have lower language skills are able to understand speech from familiar speakers, as would be the case with a teacher or parent, but may have a harder time with new speakers, such as a substitute teacher or when interacting with other people in their day to day interactions,” said Levi, the study’s lead author.

Levi previously published research showing that when school-aged children are familiar with someone’s voice or accent, they can more accurately and quickly process what a person is saying – a concept known as “familiar talker advantage.” The new research, published in the Journal of Speech, Language and Hearing Research, by Levi and her co-authors examined how this advantage is impacted by a child’s language ability.

With the concept “familiar talker advantage,” child listeners naturally store information about what they hear and the way words sound when spoken from people they know. Each time a child is spoken to they go back to this stored information to process and understand words that are spoken to them. This new research demonstrates that children with poorer language skills have a more difficult time retrieving and processing this information.

The current study included children with a range of language abilities who completed spoken word recognition tasks in which they heard words mixed with background noise and had to indicate what word they heard. The tasks required children to identify words spoken by voices and accents they were familiar with as well as three unfamiliar voices.

In addition to Levi, the study was co-authored by Daphna Harel, assistant professor of applied statistics at NYU Steinhardt and Richard G. Schwartz, a professor at the City University of New York. 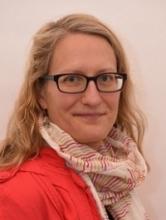 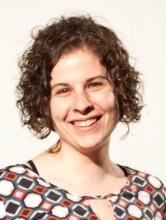