Public Culture, the award winning interdisciplinary social sciences and humanities journal, has a new editorial home in the Steinhardt Department of Media, Culture and Communication (MCC) at New York University. Duke University Press will continue to oversee its print production.

The journal’s incoming editors, Professors Arjun Appadurai and Erica Robles-Anderson, will lead the journal into its fourth decade. While some exciting changes are to come, the journal will continue to focus on issues of global cultural and political significance and on events and places where cultural, social and political differences emerge as public phenomena. Scholars, activists, and artists from across the world are invited to present their innovative work in the journal’s pages.

Founded in 1988 by Carol Breckenridge and Arjun Appadurai, Public Culture was previously housed at the Institute for Public Knowledge at New York University. From its inception, the journal has provided a forum for sexual, political and disciplinary diversity on a global scale, when these values had just begun to be imagined.

The forms and effects of media have played a central role in the Public Culture vision, and so it is especially fitting for MCC to spearhead its newest incarnation. For more on Public Culture, visit: www.publicculture.org. 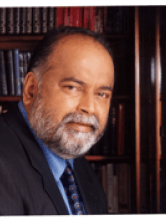 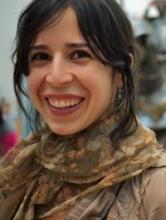