The Doris Graber Outstanding Book Award is sponsored by the American Political Science Association Political Communication Section, and is awarded to the "most outstanding book in the field of political communication that was published in the past decade."

Published in 2013 (and translated into French in 2018 as L'immigration au prisme des médias by Presses Universitaires de Rennes-Res Publica), the book shows how news coverage of immigration has changed in the United States and France since the 1970s, becoming increasingly focused on dramatic "public order" and "humanitarian" frames to the exclusion of contextual information about the global forces driving migration. The research is based on extensive interviews, historical research, and qualitative and quantitative analysis of more than 2,000 news items (both text and video) produced by a total of 20 U.S. and French news organizations.

Benson links patterns of news coverage to differences in news organizations' funding, audiences, and professional practices, and demonstrates that publicly-supported or nonprofit news outlets tend to offer more critical and diverse perspectives than their highly commercialized counterparts. Shaping Immigration News pioneered a "field theory" approach to cross-national political communication research. Both for its theoretical framework and its mixed methods research design, it has helped inspire a growing wave of international comparative studies of news media. 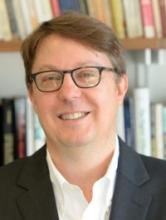 Professor of Media, Culture, and Communication (on leave 2021-22)