NYU Screen Scoring alumni Kat Vokes (MM ’20) and Noah Horowitz (BM ’22) are the recipients of the 2022 Pete Carpenter Fellowship in New York City and Los Angeles respectively! Both will receive stipends to work with award winning composers — Vokes with Trevor Gureckis (Servant, Old), and Horowitz with Tony Morales (Reacher, Elena of Avalor) and Fil Eisler (Empire, To the Bone).

The two winners were chosen from a pool of over 300 applicants by a panel of scoring industry professionals. Further, six of the fifteen finalists were alumni of the NYU Screen Scoring Program.

Established in 1989 by legendary composer Mike Post (Law and Order) in honor of his late writing partner Pete Carpenter (Magnum P.I., The Rockford Files), the fellowship is run each year by the BMI Foundation and co-directed by BMI’s Creative Film, TV & Visual Media Director Reema Iqbal alongside NYU Screen Scoring’s own John Kaefer (Good Morning America, The Wilds). Previous recipients of the fellowship include Christophe Beck (Frozen, Ant-Man), Roger Neill (King of the Hill, Mozart in the Jungle), and Christopher Tyng (Futurama, Suits).

Kat Vokes is an award-winning composer, vocalist and pianist, specializing in writing for film and multimedia. She is a recipient of the ASCAP Jimmy Van Heusen Award, and is a winner of the Columbia/ASCAP Film Scoring Workshop as well as the NYU Film Scoring Competition. Vokes is known for her creative and highly emotive palette and draws inspiration from a wide variety of genres, creating a unique sound world for each project. As a vocalist, she has sung in festivals across the United States and abroad and her debut album, Clockwork, was released with Ropeadope Records in 2019. Vokes graduated with a master’s degree in composition from New York University, where she currently teaches film scoring.

Noah Horowitz is a multi-faceted composer whose music has been heard at film festivals around the world.  Influenced by music from around the world, his approach focuses on capturing humanity in improvised musical performances and combining genres in unique ways.  He is a recent graduate of the NYU film scoring program where he won the NYU Film Scoring Competition, Orchestral Composition Competition and Alan Menken Scholarship. 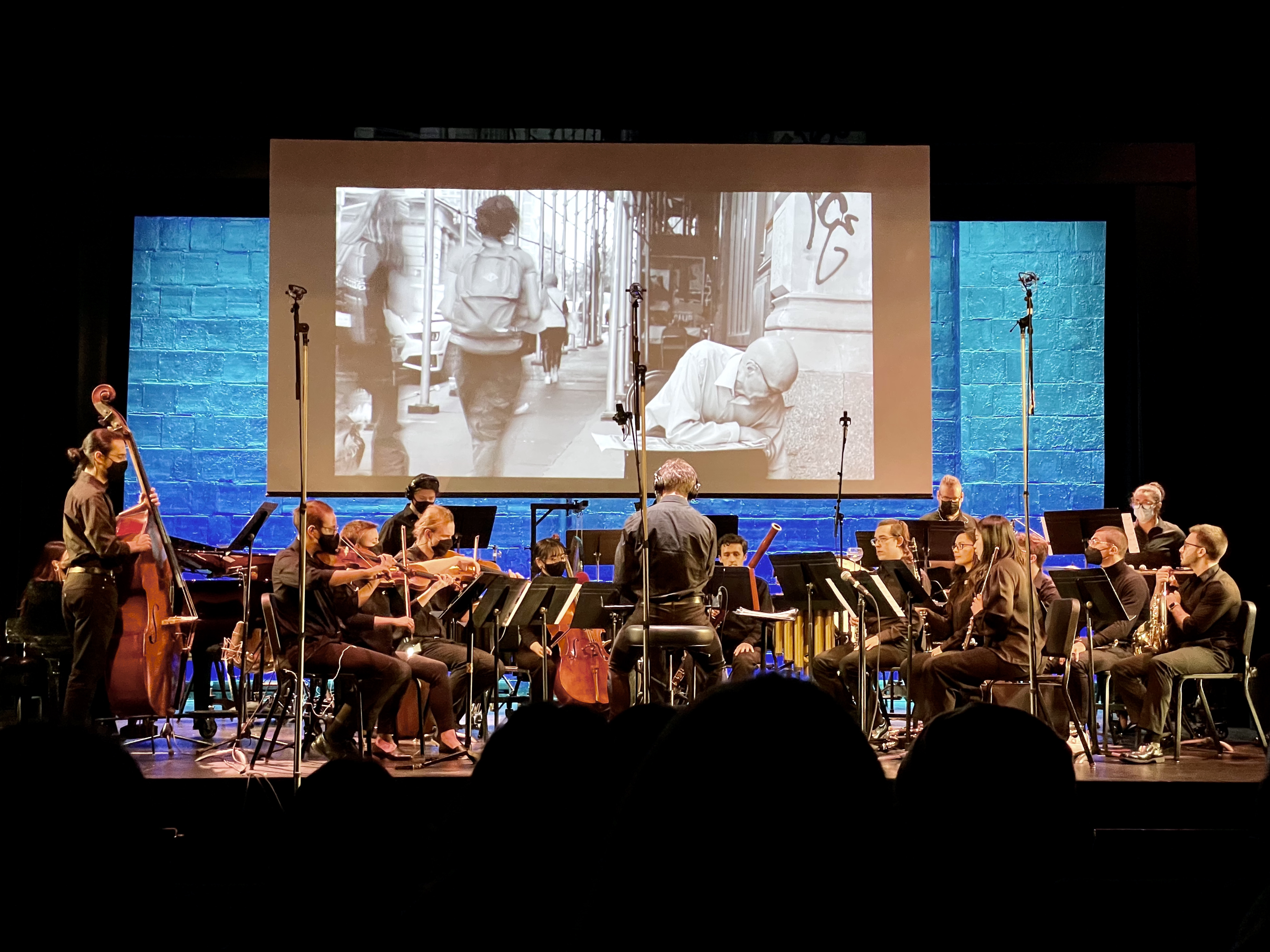