By positioning testimony on contemporary domestic violence prosecution within the archive of slavery, Moore demonstrates that domestic violence and its image are haunted by black bodies, black flesh, and black freedom.

In Legal Spectatorship: Slavery and the Visual Culture of Domestic Violence (Duke University Press, May 2022), Kelli Moore challenges our understanding of domestic violence as that between intimate partners by tracing the appearance of the term to the US Constitution. She reveals that domestic violence was first debated as the potential violence to the Republic wrought by abolition. Thus, domestic violence was first a problem of black freedom that has transformed into a set of legal protections, care, and advocacy tools that redistribute the voices and skin of domestic violence victims into photographic evidence. Moore connects the way imagery is employed as evidence in today's US criminal courts to enslaved black persons who served as “silent witnesses” to white domestic arrangements.

Legal Spectatorship is the recipient of Duke University Press' inaugural Scholars of Color First Book Award, which supports "innovative and emergent voices at the beginning of their careers and creates open spaces for experimentation and risk-taking."

Kelli Moore is an Assistant Professor of Media, Culture, and Communication whose scholarship examines the role of media and technology in the production of legal and political knowledge. Before joining NYU, Moore earned her PhD in Communication at the University of California, San Diego. She is an alumna of the University of California President’s Postdoctoral Fellowship Program (Rhetoric, Berkeley). 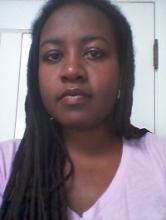